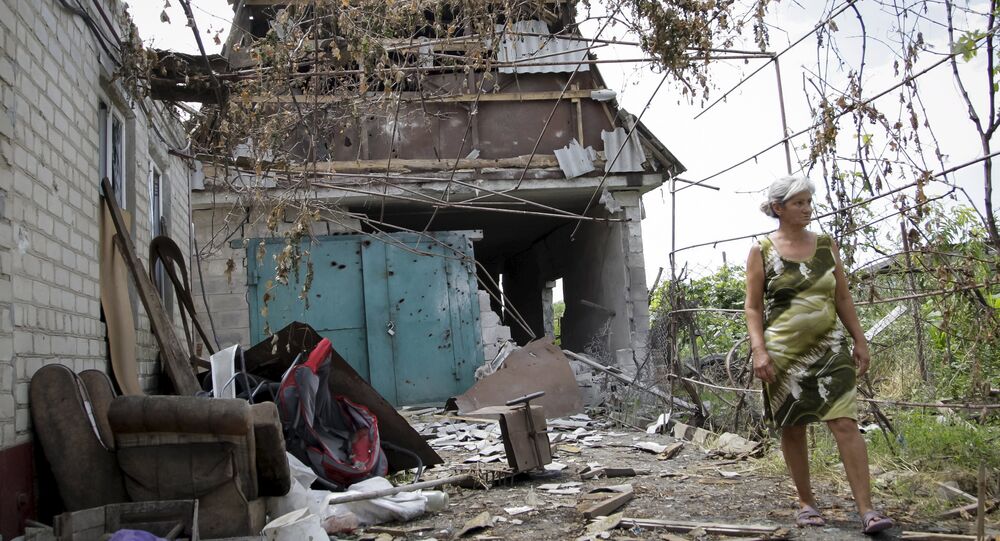 Kiev Actions in Donbass Can Be Considered Crimes Against Humanity - Kremlin

MOSCOW (Sputnik) — Authorities of the self-proclaimed Donetsk and Lugansk people's republics (DPR and LPR) earlier in July appealed to the UN Security Council to establish an international tribunal to investigate alleged war crimes committed by Kiev forces in Donbass.

"Speaking of the need for such a tribunal, which was requested by Donbass representatives, namely [a tribunal] on Ukrainian Army's crimes against humanity in Donbass, we can say that they really exist as the Russian side has its own investigation of a series of episodes and even based on the preliminary results of the investigation, we can say that there are episodes, which may be qualified as acts of crimes against humanity in Donbass," Peskov told reporters.

© Sputnik / Alexander Maksimenko
US Coverage of Ukraine Neo-Nazi Militia Ignores Fascist Political Influence
The spokesperson noted that the United Nations Security Council must make the decision to create the tribunal.

Reports of war crimes in Donbass, including those committed by pro-Kiev volunteer battalions, have surfaced since the beginning of the internal military conflict in eastern Ukraine in April 2014.

A number of humanitarian organizations, including Amnesty International, have stressed that the Ukrainian government was responsible for war crimes and human rights abuses committed by volunteer battalions in southeastern Ukraine.

Council of Europe to Unveil Results of Maidan Crimes Probe