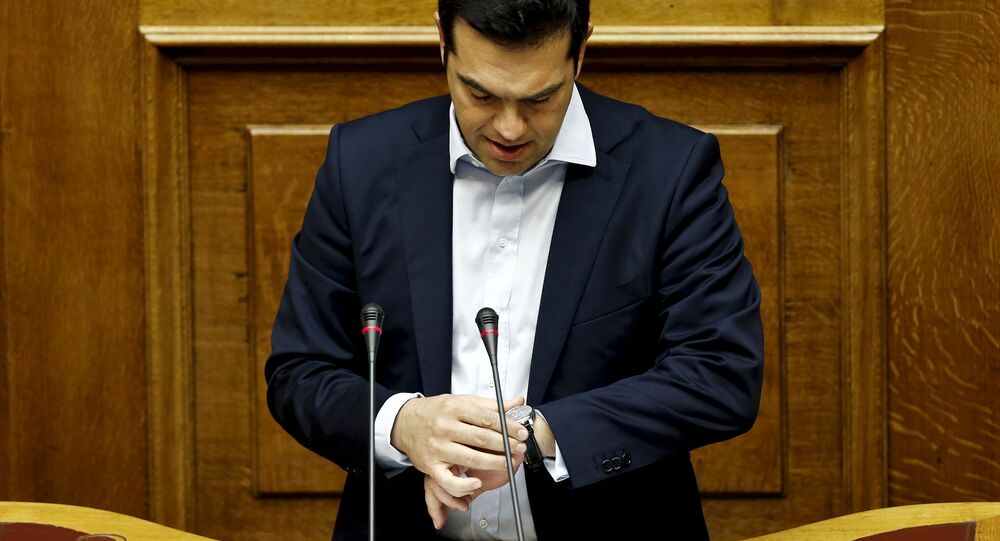 Greek Prime Minister assures he is ready for compromising in debt talks.

“I'm here ready for another compromise, we owe this to the peoples of Europe who wants Europe united and not divided. We can reach an agreement tonight if all parties want it,” Tsipras said when he arrived for the Euro Summit in Brussels.

Earlier in the day, President of the European Council Donald Tusk said that the eurozone leaders will convene on Sunday to discuss the Greek economic crisis, adding that the summit will last until the talks are concluded.

A meeting of the eurozone finance ministers on Greece crisis is taking place in Brussels. The Eurogroup is trying to reach an agreement on launching talks on Greece’s new bailout.

Athens owes about $270 billion to the International Monetary Fund, the European Central Bank and eurozone nations.