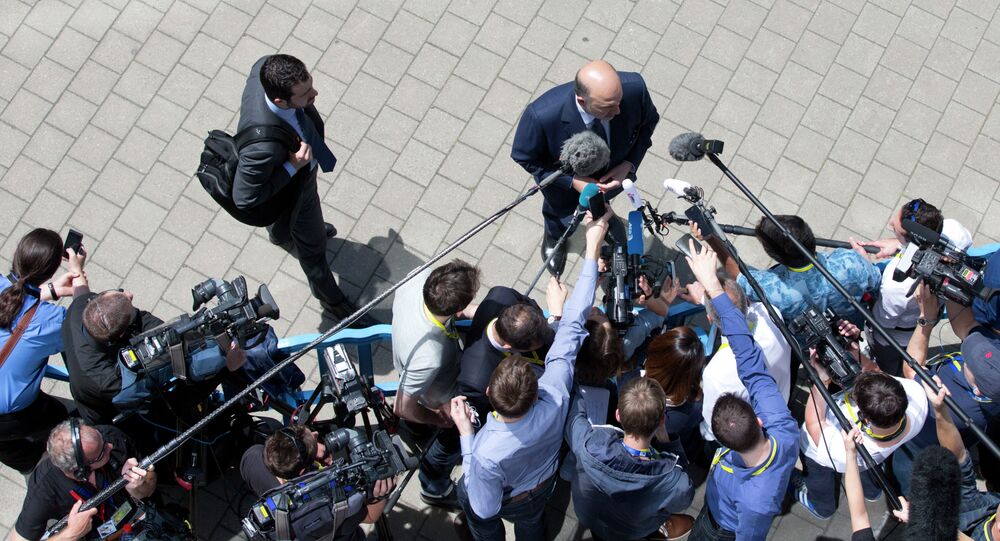 Member of the European Commission in charge of Economic and Financial Affairs, Taxation and Customs Pierre Moscovici said that Greece needs to implement reforms on the short-term in order to begin negotiations for the country’s economic bailout program.

“And the view of the [European] institutions is that if the Greek government commits to more reforms in the future, if it commits also to now implement reforms on the short-term, then there is the basis for a possible opening for negotiations for a program,” Moscovici said upon arriving for a Eurogroup session in Brussels.

He said the Eurogroup was to meet today in order to prepare decisions of the heads of states and governments from the eurozone who will meet in the afternoon later in the day.

© AP Photo / Markus Schreiber
Greek Reforms Proposal to Resolve Debt Crisis 'Unsatisfactory' – Minister
“I hope that we will prepare that this morning and that this afternoon decisions will be taken because what I think the world expects is a Greece which is strongly reformed but inside the Eurozone,” Moscovici added.

During the talks on Saturday, the eurozone finance ministers failed to decide on whether to start discussions on further financial aid to Greece.