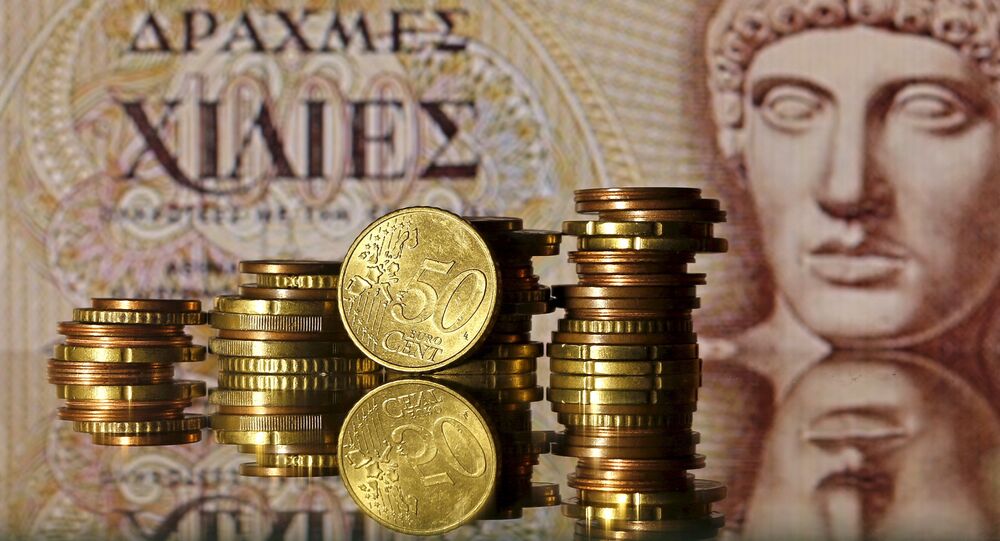 The possibility of a deal is very low, according to the European Commissioner for the Euro and Social Dialogue.

BRUSSELS (Sputnik) – The European Commission will most likely not get a mandate in order to start negotiations on Greece’s outstanding debt and reforms, European Commissioner for the Euro and Social Dialogue Valdis Dombrovskis said Sunday.

“I think it's relatively unlikely that European Commission will get a mandate to start a formal negotiation as regards to third [bailout] program or ESM [European Stability Mechanism] program today but I think Eurogroup can prepare and provide input for leaders later,” Dombrovskis told reporters after arriving for the continuation of Eurogroup talks on new Greek proposals.

What is more, summit for the leaders of the European Council has been canceled, but the meeting of Eurozone leaders on Greek economic crisis is scheduled for 4:00 p.m. local time (14:00 GMT).

I have cancelled #EUCO today. #EuroSummit to start at 16h and last until we conclude talks on #Greece

On Thursday, Athens presented a revised plan to its international creditors pledging to carry out a number of reforms and meet certain fiscal targets in exchange for new loans through the ESM, the eurozone bailout fund.

Greece has received about $270 billion from its main lenders, which include the European Union, the International Monetary Fund (IMF) and the European Central Bank (ECB) under two bailout programs, the last of which expired on June 30th.