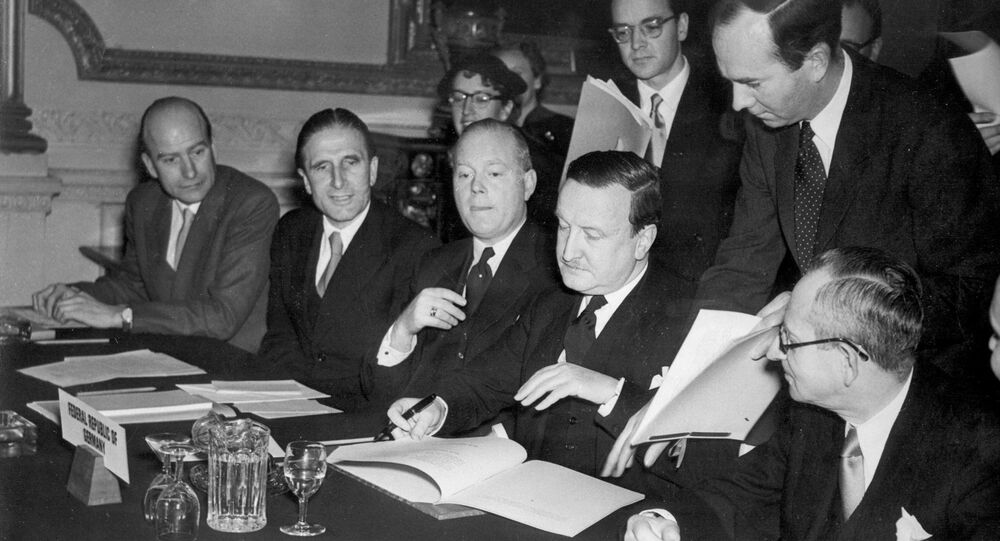 Greek Prime Minister Alexis Tsipras has called on his creditors to let Greece have the same treatment as Germany after the World War II, when 50% of its debt was written off and its remaining repayments were stretched over decades.

Tsipras told members of the European Parliament: "The strongest moment of solidarity in modern European history was in 1953 when your country [Germany] came out of two World Wars and Europe showed at the London Conference in 1953 the greatest possible solidarity."

"Fifty percent of German debt was written off at the time. And that was the biggest extension of solidarity in modern European history."

Tsipras is arguing that Greece should be given debt relief – effectively writing off part of what it owes its creditors – and allowed to repay the remainder over a period of many years, in the same way Germany was allowed to after World War II. He pointed out the irony of the situation, with Germany today pushing for more austerity measures and refusing to consider debt relief for the beleaguered Greeks.

Is this the moment to remind Germany of the 1953 debt conference where its debts were waived and it was given hope?

The London Agreement on German External Debts was a debt relief treaty between the Federal Republic of Germany and creditor nations, signed in 1953. At the time, Germany had a broken economy and still owed its foreign creditors money from after World War I, under the Treaty of Versailles.

At the end of the First World War, Germany was forced to pay the victors huge amounts of money by way of repatriation. Being a broken nation at the time, it found it increasingly difficult to pay off its debts. The situation was exacerbated by the Wall Street crash of 1929, which plunged the world into recession – not unlike the crash of 2007-8 which triggered the current Greek woes.

#GreekCrisis The UK and @David_Cameron should remind Merkel and Germany of 1953 when their debt was wiped out to help financial recovery.

#Greece needs to shame Germany into providing the same debt forgiveness it got in 1953 http://t.co/C0hvMHI0um pic.twitter.com/uKypDsAzdw

Since this package allowed Germany to repay its debts only when it was in trade surplus, it meant it had no payments to make until its economy grew. Thus it also incentivised Germany to boost its own economy and its creditors to import German goods. The German economy grew strongly under these terms over the coming decades. It made its final repayments in 1990 and 2010.

In invoking the spirit of the London Agreement, Tsipras is spelling out the hypocrisy of Germany in refusing to allow Greece the same terms it enjoyed in the post-war years. If Tsipras gets his way, history may yet come to repeat itself.

Greece in Crisis? Just Sneer at It!