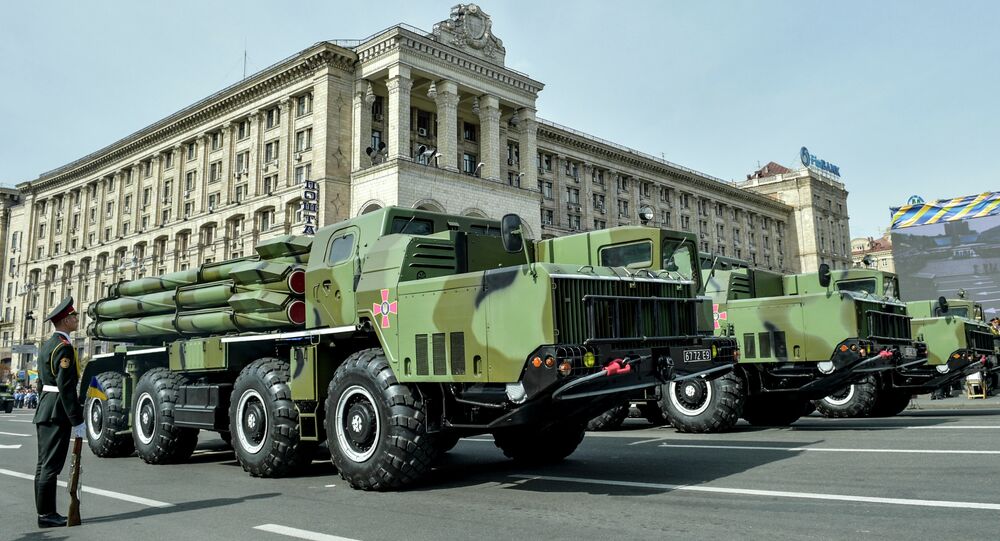 Since January Ukrainian armorers have built 36 times more weapons than they did during the same period of last year, the country’s top arms maker announced on Wednesday.

© AP Photo / Evgeniy Maloletka
Pentagon Still Considers Sending Lethal Weapons to Ukraine – Carter
“Our biggest achievement this year is that Ukraine is once again able to turn out good weapons… Our main priority now is a switch to the production of high precision weapons putting on stream the very latest designs,” Ukroboronprom director Roman Romanov said, adding that nearly 4,000n units of new and upgraded weapons had been supplied to the country’s military over the past year.

Of these 105 were tanks and armored vehicles, almost 3,000 rockets, 605 missile and artillery systems an 459 radio communication, electronic jamming and navigation units.

However, revived after being virtually mothballed since the 1992 Soviet breakup, Ukroboronprom’s enterprises are now facing a acute shortage of specialists.

Most of the experienced staff quit their dying enterprises back in the 1990 and have since lost their skills.

The plants, which managed to survive the years of neglect and disrepair, are manned by pensioners or those who are about to retire due to old age.

Ukroboronprom is a state-owned conglomerate of approximately 130 defense and engineering organizations specializing in the development, production and sale of arms and other military gear.

It is also in charge of Ukraine’s military-industrial complex.