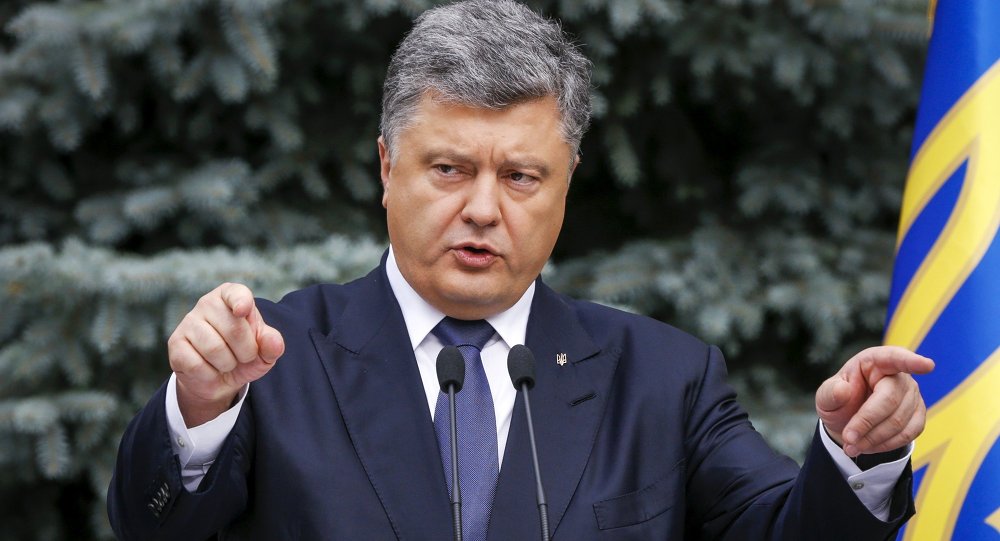 The Ukrainian army no longer dares to openly attack the territory of Donbass. But Kiev is further conducting a policy of isolation towards the eastern regions along with continued shelling and blockades, Südwest-Presse wrote.

Over the past six months, both sides of the Ukrainian conflict have violated the Minsk Agreement, Südwest-Presse wrote. Instead of prisoner exchanges and constitutional reform, the parties continue shelling and hindering negotiations.

A required restoration of normal social economic relations with the breakaway Donbass did not take place and Kiev is continuing its overall blockade: the central government prohibits the transport of all goods and supplies to the ‘rebellious’ republics and is not paying pensions and salaries.

© AP Photo / Emilio Morenatti
Poroshenko to Submit Ukraine Decentralization Bill to Parliament Wednesday
Ukrainians who want to travel to eastern parts of the country wait for months for special authorization. But even after that they have to stand hours for at the checkpoints and undergo humiliating check-ups. Thus, Kiev is disregarding the freedom of movement of its own citizens and making them hate their own state, Südwest-Presse wrote.

Donbass is increasingly becoming Russian. People use rubles instead of hryvnia, buy Russian vodka instead Ukrainian gorilka and import medicines from Russia, even if they are twice as expensive as Ukrainian ones.

Thus, the Ukrainian government has given up the idea of open offensives and become passive-aggressive. It treats its own countrymen as enemies, seeking to harm the Donbass people by any means necessary, the newspaper wrote.

Poroshenko to Submit Decentralization Project to Parliament Next Week