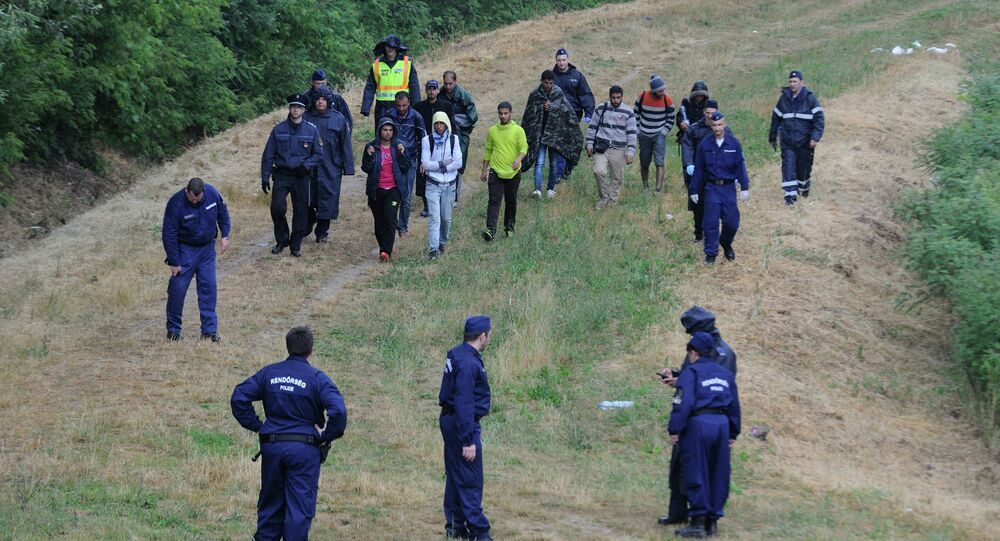 The Hungarian parliament passed legislation paving way to a 13-foot fence along its 110-mile southern border with Serbia to stop the flow of asylum seekers on Monday.

HELSINKI (Sputnik) – Hungary’s recently passed law on building a fence along its border with Serbia to curb the influx of undocumented migrants is "shameful," Italian parliament member Marietta Tidei told Sputnik on Wednesday.

"We cannot block them from coming because they are running from hunger and prosecution and they will be not stopped by a wall. There is no solidarity or humanity in these actions by the Hungarian government. I really think it is a shame," Tidei said on the sidelines of the OSCE Parliamentary Assembly session in Helsinki.

Budapest said that over 60,000 migrants had entered the country illegally through its southern border in the first six months of 2015.

© AFP 2021 / BULENT KILIC
US, NATO Actions Fueled European Migrant Crisis - French Senator
The use of military force should be used in curbing smugglers from shipping refugees into the European Union, Tidei said.

Last month, EU High Representative for Foreign Affairs and Security Policy Federica Mogherini proposed a plan that would include capturing and destroying ships carrying illegal migrants from North Africa and the Middle East into Europe.

"I support the idea of Mogherini. Our enemies are not refugees or migrants but smugglers who are making money on someone's desperation and poor conditions. The EU Commission now offers a good plan to tackle the problem. We have to be human towards migrants but at the same time we have to be very tough with smugglers."