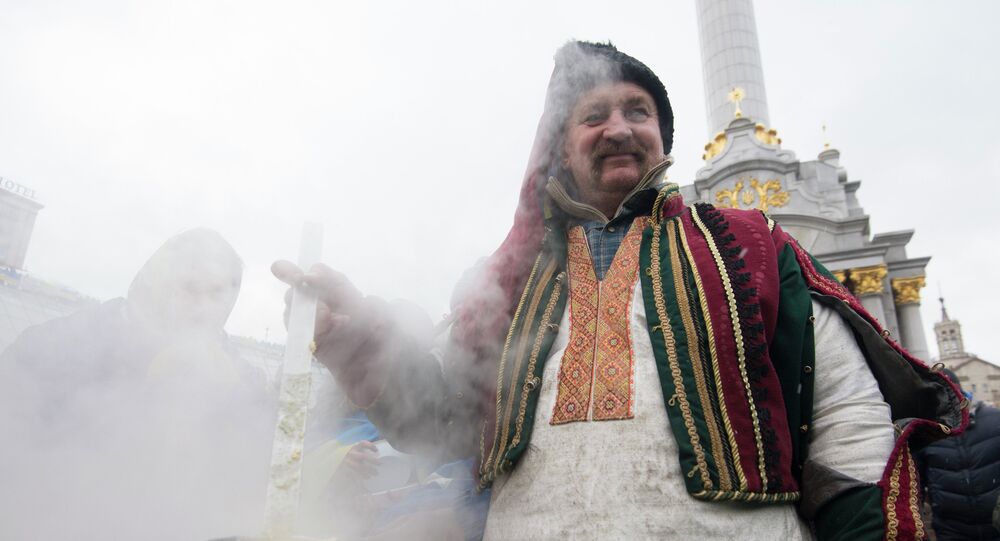 Everything Russian Must Be ‘Eradicated’ From Ukraine - RFE Columnist

De-Russianization must become the number one priority for Ukraine, Streljanyj said.

"In this war, the fate of Ukrainness is being determined. This is important. That's the point. Everything else is minor details," the columnist of the radio station said, as cited by website Ruposters.ru.

The government of Ukraine should start the policy of Ukrainization across the country, Streljanyj added.

"Ukrainization is not only complete breakaway from Russia, but also complete withdrawal from Russianness. De-Russianization will become the synonym of Ukrainization. The former must be eradicated, the latter — forced into application."

© Sputnik / Alexandr Maksimenko
Ukraine Proposes 12-Year Prison Sentence for Use of Word ‘Russia’
According to Streljanyj, ethnic Russians living in Donbass are in fact Ukrainians. In fact, they [the Russians in eastern Ukraine] would have been Ukrainian, if not Russia, which "defeats Ukrainness simply because of its mere existence in this world."

Right on. Apparently, Russia can magically turn various ethnic groups into Russians by simply being on this planet. Amusingly, the enthusiastic activist for Ukrainianization happened to live in Austria. Very Ukrainian of him, we must admit.