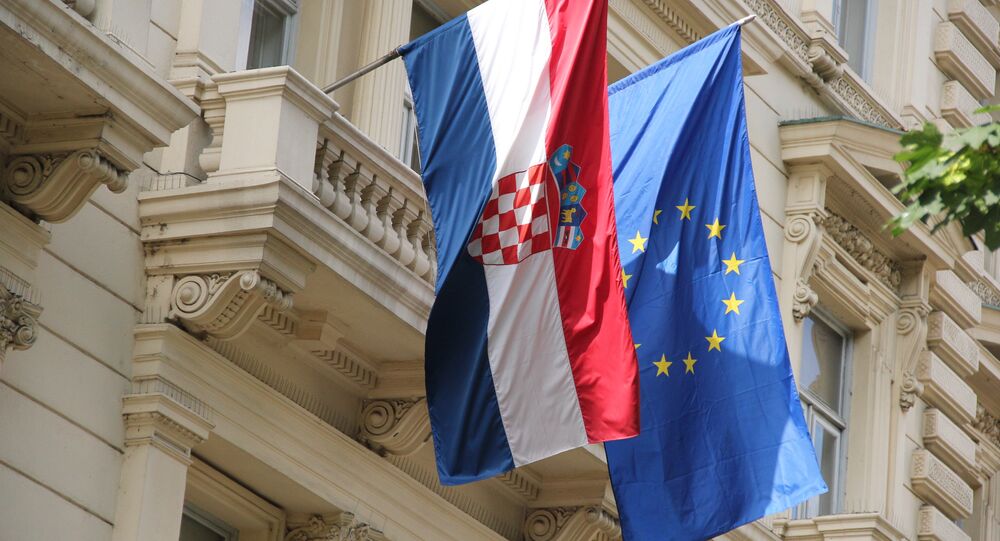 Sixty percent of Croats are happy with their national currency and against euro adoption, while 29 percent favor the European currency, according to results of the latest Eurobarometer survey.

© Sputnik / Alexey Kudenko
Croatia's Ex-President Slams Western Leaders for Disregarding V-Day
The respondents were largely optimistic about the future of the European Union and of Croatia as part of the 28-nation alliance.

73 percent said the EU would survive the Greek crisis while seven percent thought that chances of this were fifty-fifty.

The majority of those polled blamed the Greek crisis on Athens, with 13 percent putting the blame on the EU, the European Commission and the IMF.

Croatia joined the EU on July 1, 2013, but, according to 2015 figures, the country has not gained much from its EU membership. In the past two years

Croatia has contributed 730 million euros to the EU budget while getting only 700 million from the alliance.