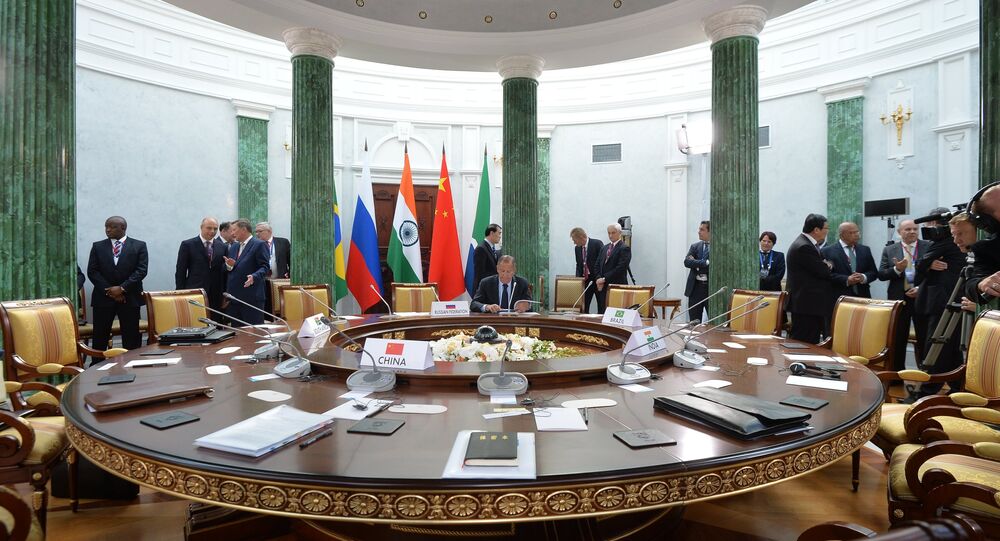 Greece Can Join BRICS as a Growing Economy - Official

Greece can join the BRICS if its economy starts growing fast, the head the Russian Chamber of Commerce and Industry, Sergei Katyrin, said on Tuesday, adding that the Greeks’ desire to join in was an important factor.

According to the EU's statistics office, Eurostat, Greece's economy exited recession from the first quarter of 2014, recording a feeble 0.8 percent growth to reach 179 billion euros in the first such uptick in five years.

Meanwhile, the country's sovereign debt stands at a whopping 300 billion.

Greek Prime Minister Alexis Tsipras has called for the country’s creditors — a group that includes the European Central Bank, other European Union countries and the International Monetary Fund — to line up further financial support and to forgive about one-third of the nation’s debt.

The creditors are ready to help out but they demand the implementation of a string of hard-hitting austerity measures in exchange for rescue money.

The Greek government then put the matter to a nationwide referendum, but more than 61 percent of those who voted on Sunday said a resounding “no” to  the creditors’ demands for more austerity to keep aid flowing.