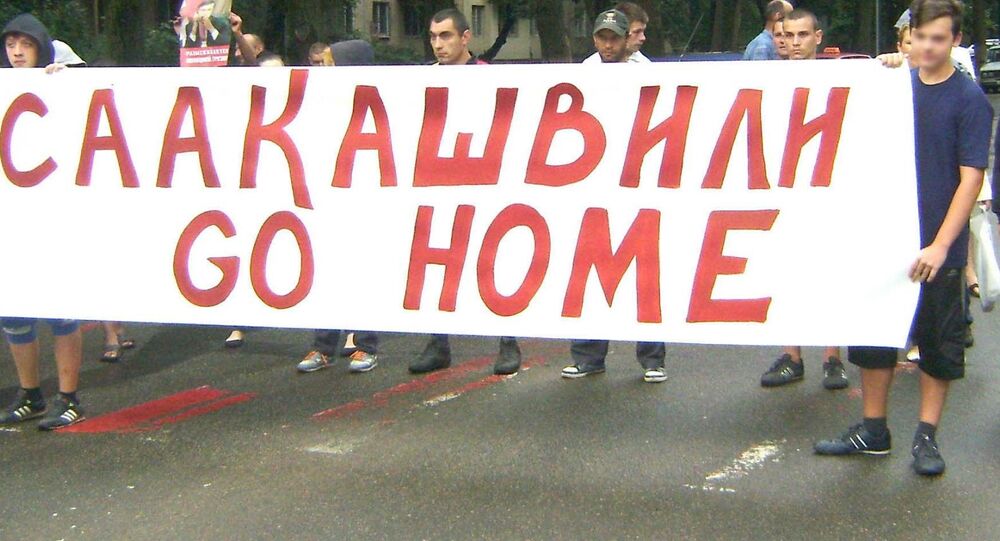 We do not need a war criminal that came to start a massacre - this is the message of anti-Maidan activists in Odessa.

"Odessa should have a normal local governor who will protect the city's interests, and not a crazy war criminal," one of the rally's organizers said.

The activists walked a goat sporting a red tie recalling the famous BBC video footage of Saakashvili chewing his tie in 2008.

"Odessa remembers well that Saakashvili's arms are up to their elbows in blood. He ordered to shell civil areas in South Ossetia, where hundreds of civilians were killed. He unleashed the massacre in Ossetia, and now he came to Odessa to start a massacre in Transdnistria," organizer Mikhail Koshelev said.

It is unacceptable to appoint a man wanted by his homeland's police to the Odessa governor's position, he added.

Unknown men dressed in camouflage assaulted the campaign and grabbed the banners from the activists.

Former Georgian President Mikheil Saakashvili was appointed governor of Odessa on May 30.

Cash-Strapped Saakashvili Misses His Days Collecting Money From US