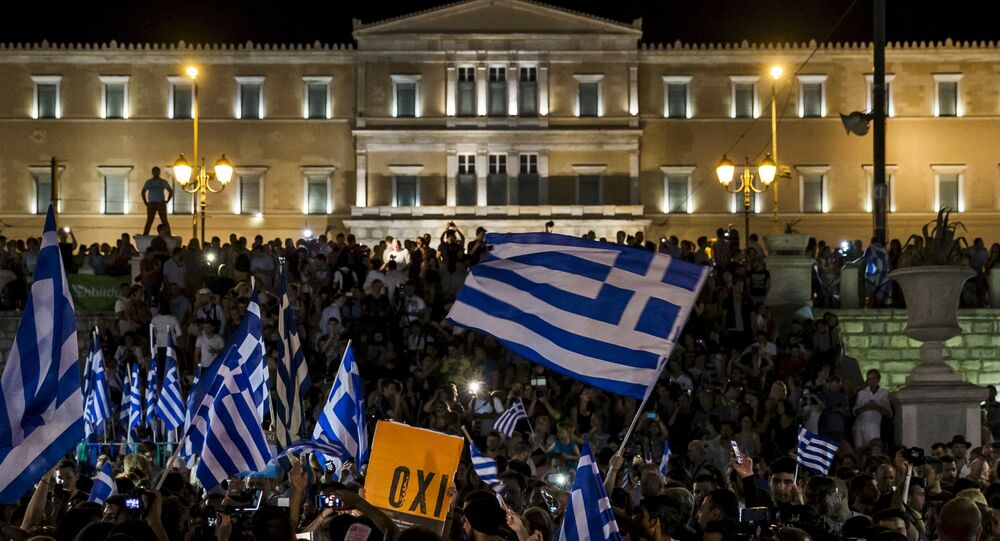 Alexander Stubb said that the Greek crisis could be resolved.

MOSCOW (Sputnik) — The problems associated with the crisis in Greece could be solved, Finnish Finance Minister Alexander Stubb said Monday.

Spent the morning on the phone with colleagues. Off to Brussels for a #Eurogroup meeting tomorrow. Step-by-step. All problems are solvable.

On Sunday, over 61 percent of the Greek public voted “no” in a referendum on whether or not the country should accept its creditors' demands for spending cuts and tax increases in exchange for another financial lifeline. The vote boosted speculation about Greece’s possible exit from the Eurozone due to the country’s financial crisis.

Do you think Greece should exit the Eurozone?
Voted: 1750
All polls
The latest round of talks between Greece and its main foreign creditors, devoted to brokering a deal to unlock badly needed next financial aid in exchange for austerity measures and painful reforms, collapsed in late June.

Greek authorities imposed capital controls and closed the banks on June 29, allowing only a maximum withdrawal of 60-euro in cash per day.

Greece's overall debt stands at about $350 billion, of which $270 billion is owed to the European Central Bank (ECB), the International Monetary Fund (IMF) and some Eurozone countries.

Greferendum Results 'Give Tsipras Leverage' in Talks With EU