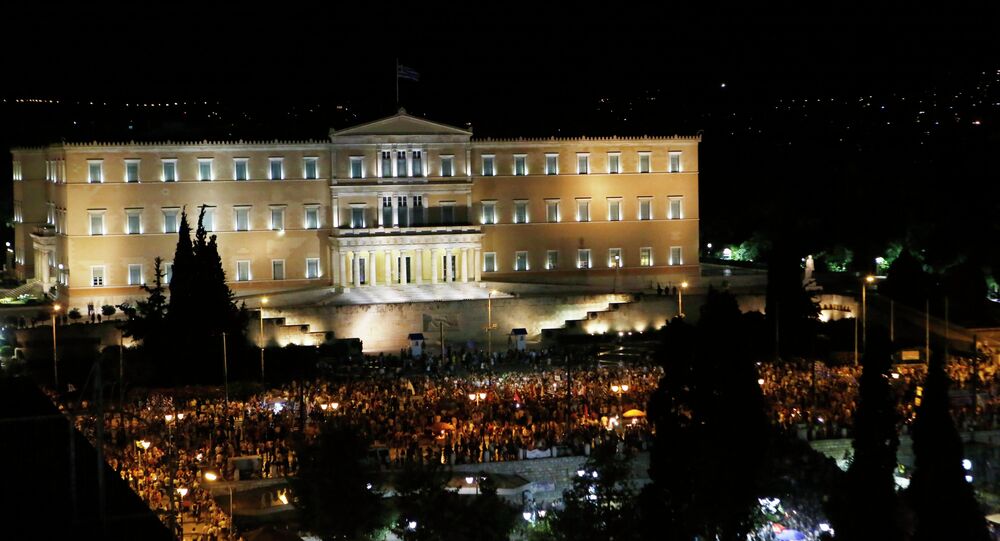 The IMF is ready to help Greece if Athens request any help, Christine Lagarde said.

WASHINGTON (Sputnik) — The International Monetary Fund (IMF) is watching developments in Greece and is prepared to assist Athens after voters shot down the terms of a bailout in a referendum on Sunday, IMF Managing Director Christine Lagarde said on Monday.

"The IMF has taken note of yesterday’s referendum held in Greece. We are monitoring the situation closely and stand ready to assist Greece if requested to do so," the IMF’s top official said.

Do you think Greece should exit the Eurozone?
Voted: 1750
All polls
On Sunday, more than 61 percent of Greeks voted against austerity measures proposed by Athens' major international creditors — the European Central Bank (ECB), IMF and other Eurozone nations — including pension cuts and tax increases.

The vote has renewed fears of a Greek default and exit from the Eurozone.

Eurozone finance ministers are expected to hold a meeting on Monday to discuss the results of the vote while awaiting for new proposals from Athens.

Greece's total debt stands at $350 billion, including some $270 billion the country owes to the ECB, IMF and some Eurozone countries.