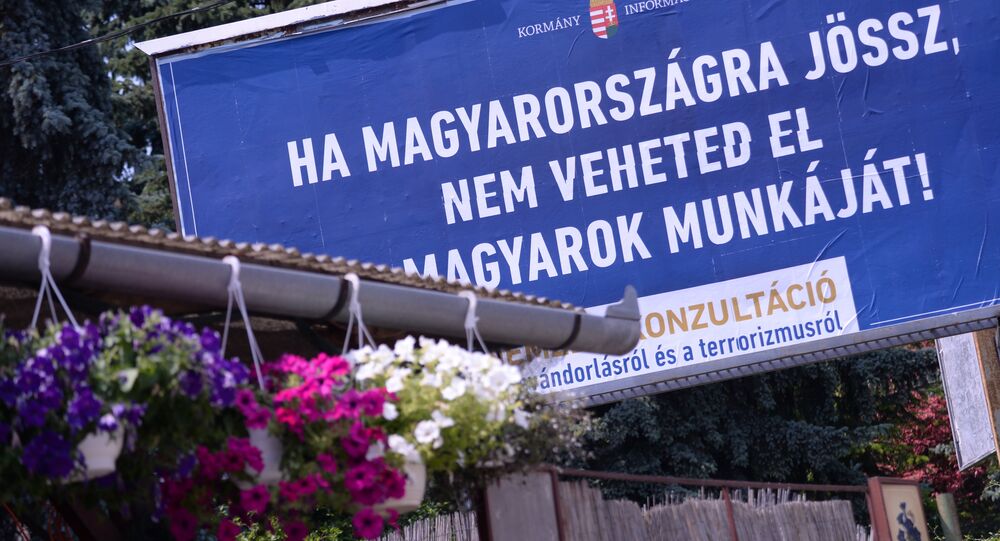 The Hungarian parliament passed a law on Monday that provides the legal framework for building a fence on the border with Serbia to curb the influx of undocumented migrants, local media said.

MOSCOW (Sputnik) — The government of Prime Minister Victor Orban said earlier that Hungary would not shut its southern border with Serbia but erect a 13-foot fence along the 100-mile border to stop asylum seekers from entering Europe through that route.

The law to tighten border controls was upheld at an emergency summer session of the Hungarian parliament, the Magyar Hirlap daily reported.

© AP Photo / Zoltan Gergely Kelemen/MTI
Hungary Says Creating Fence at its Border With Serbia Unavoidable
Lawmakers voted to amend legislation on the state border to transfer tracts of private land where the fence ise set to be built.

The law shortens the processing time of asylum bids and gives migration authorities the right to turn away refugees from Syria, Iraq and Afghanistan that passed through safe countries on their way to Hungary.

Orban announced the plan to fence off the southern border in June after tens of thousands of undocumented migrants entered Hungary since the start of 2015, according to official statistics. Hungary’s actions have raised concerns in Brussels and the United Nations.