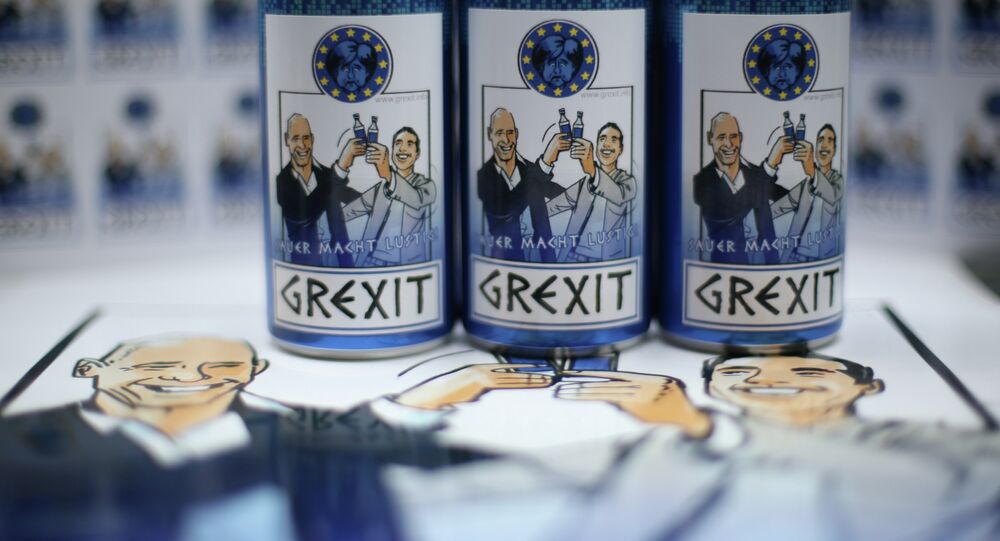 The Greece’s exit from the Eurozone has become more likely after vast majority of Greeks voted against austerity measures in a referendum over bailout program Sunday.

© REUTERS / Stefanos Rapanis
Greeks Say 'No' to Deal With Creditors
The triumph of the No camp in the Greek referendum means Athens will possibly default on its debt and run out of money because the European Central Bank will not lend the country any more cash. It will leave the EU, re-adopt its old currency, the drachma, according to a Barclays analysis.

“A “no” vote means EMU [Economic Monetary Union] exit, most likely… We argue that an EMU exit would become the more likely scenario,” Barclays analysts said in a report.

“Agreeing on a program with the current Greek government would be extremely difficult for EA leaders, given the Greek rejection of the last deal offered. EA leaders accepting all Greek proposals would be a difficult sell at home, especially at the Bundestag or in Spain ahead of the general elections,” the report said.

© AFP 2021 / EMMANUEL DUNAND
EP President Proposes to Discuss Humanitarian Aid for Greece
According to analysts, if Greece adopted national currency, it would automatically abandon the euro area. European Commission authorities earlier claimed that there is no mechanism for countries to exit the Eurozone.

“Can an exit be avoided? We believe the answer is potentially yes; we see two possibilities, even if both less likely than an exit. Europe and Greece could agree on a program on the IMF’s terms,” experts said in the report.

On Sunday, 61 percent of Greeks rejected the bailout plan in the referendum.