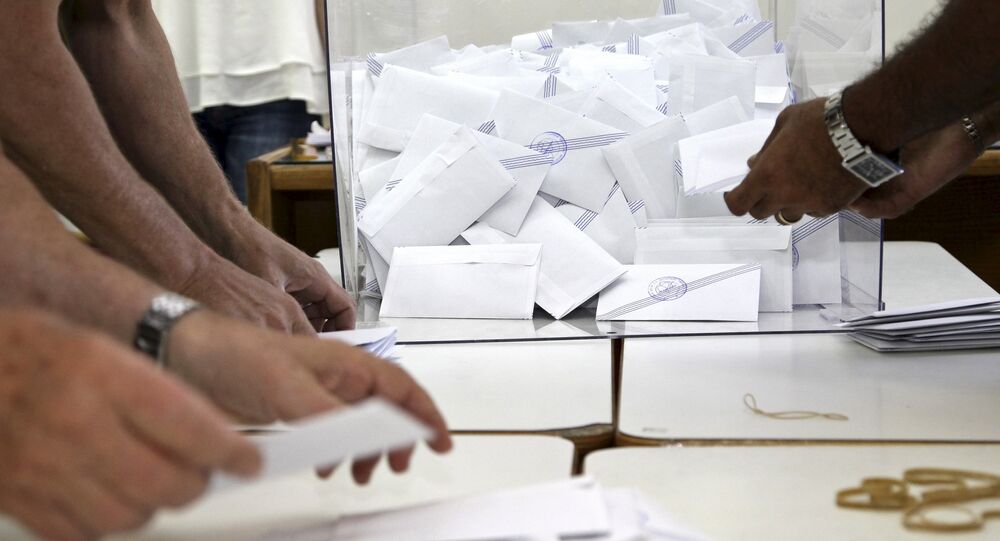 Greeks Say 'No' to Deal With Creditors

More than 61% of Greeks have rejected demands for more austerity, 38.6% voted "yes", country's Interior Ministry reported after all of the votes had been counted.

Greek Prime Minister Alexis Tsipras said in a televised address to the nation that Greece’s government would resume negotiations with its international creditors, including on debt issue, on Monday.

"On Monday, the Greek government will return to the negotiating table with the creditors. This time, the subject of the debt will be discussed," Tsipras stated Sunday.

The issue of our debt will now be on the negotiating table, in light of the IMF's recent report on its sustainability. #Greece

According to him, the country’s government also hopes for the recovery of the banking system.

Brussels responded immediately. The European Commission states on its website that it respects the results of Greek referendum. European Council President Donald Tusk announced his plans plans to hold an extraordinary summit of Eurozone leaders on Tuesday evening.

"President Juncker is consulting tonight and tomorrow with the democratically elected leaders of the other 18 Eurozone members as well as with the Heads of the EU institutions. He will have a conference call among the "Euro-Institutionals" on Monday morning," the statement read.

Jeroen Dijsselbloem said Monday that the results of the Greek referendum on whether to accept the creditors' bailout plan were pessimistic for the country’s future.

"I take note of the outcome of the Greek referendum. This result is very regrettable for the future of Greece," Dijsselbloem said in a statement.

He also added that to recover the debt-ridden country's economy austerity measures and reforms are inevitable.

Greece is one of the countries hit by the 2008-2009 financial crisis. The country’s overall debt stands at about $350 billion, of which $270 billion is owed to the European Central Bank, the International Monetary Fund and some Eurozone countries.

The Greek Interior Ministry reported no incidents during the Sunday referendum.

On June 30, Greece failed to make a $1.7-billion repayment to IMF, causing the country to default on its IMF debt.