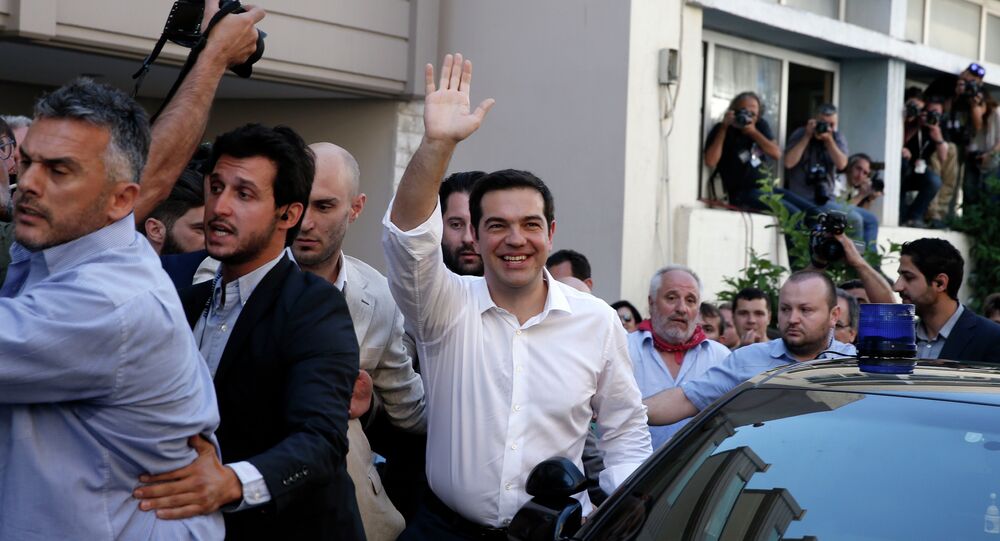 ATHENS (Sputnik) – On Sunday, Greeks took to polling stations to express their opinion on the country’s creditors’ bailout plan.

According to first official results, over 60 percent of voters said "no" to the bailout proposals.

Voutsis added that the referendum had not faced any troubles when it had been conducted.

"The referendum in Greece was conducted without any problems," the minister said.

Thousands of citizens are gathering at Athens' central Syntagma Square to celebrate the results of the Sunday vote.

© REUTERS / Stefanos Rapanis
Greferendum First Official Data: Over 60% of Greeks Reject Creditors' Proposals
The referendum was preceded by several rounds of talks between Athens and its major international creditors on Greece's debt settlement, which failed to bring results.

Greece's main lenders include the International Monetary Fund, the European Central Bank and some eurozone countries. It's debt to the main creditors is estimated at some $270 billion.

On June 30, a deadline for the previous bailout program expiry, Greece failed to make a $1.7-billion repayment to the International Monetary Fund (IMF), causing the country to default on its IMF debt.