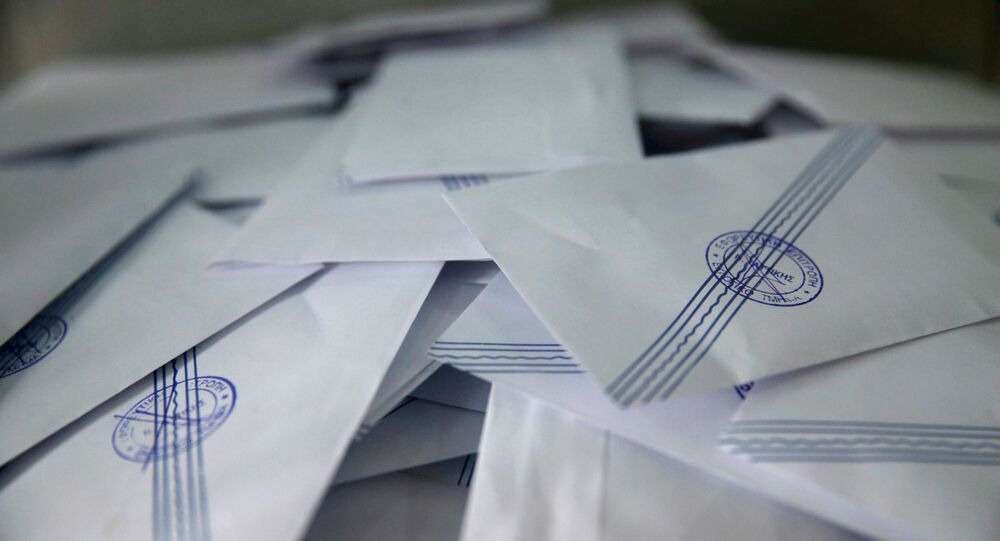 The referendum in Greece has run without any incidents, the Greek Interior Ministry said in a statement Sunday.

ATHENS (Sputnik) — Greece has held a nationwide referendum Sunday on whether the country should accept its creditors' demands for additional austerity measures. Greek Prime Minister Alexis Tsipras urged voters to reject the proposals.

"Until now, there have been no complaints or reports about the problems during the voting in the referendum," the statement said.

The interior ministry added that police forces were present at all polling stations, tasked with maintaining the order.

© AP Photo / Giannis Papanikos
'Nai' or 'Oxi'? Voting Ends in Greece's Bailout Referendum
In order for the referendum results to be valid, the turnout must reach 40 percent.

According to one of the polls obtained by RIA Novosti, the “No” vote is leading with a margin of 7-8 percent. Another poll suggests that the margin stands at 4 percent.

On Tuesday, Greece failed to meet the payment deadline to the International Monetary Fund (IMF), defaulting on the institution. Earlier, negotiations between Greece and its creditors on a modified reform program in exchange for additional funding from the lenders also failed to yield a result.