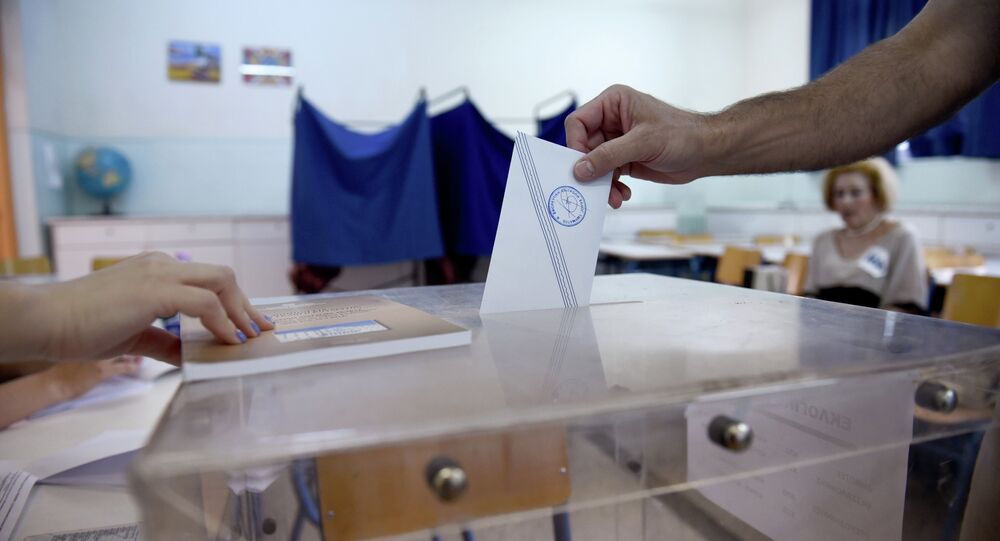 The polling for a referendum on whether to accept or reject international creditors’ cash-for-reforms proposal closed in Greese at 7 p.m. local time (4 p.m. GMT).

© AP Photo
Is Varoufakis Eurozone's Trojan Horse in Greece's Government?
Polls opened in Greece on Sunday for a referendum on which Greek public to vote for or against the international creditors' demands for spending cuts and tax hikes in exchange for financial support.

The crucial referendum comes after the country failed to unlock financial assistance from its creditors on Tuesday that made a $1.7-billion loan repayment to the International Monetary Fund (IMF) impossible.

The troika of international creditors — the European Central Bank (ECB), the European Commission and the IMF proposed a set of austerity terms on June 25. Prime Minister Alexis Tsipras announced a referendum on June 27, and a day later his idea was endorsed by the parliament and the president.

A "No" vote may force Greece to leave the Eurozone and the EU and even trigger a domino effect in the bloc, some experts say. A "Yes" vote is likely to make the ruling government resign.