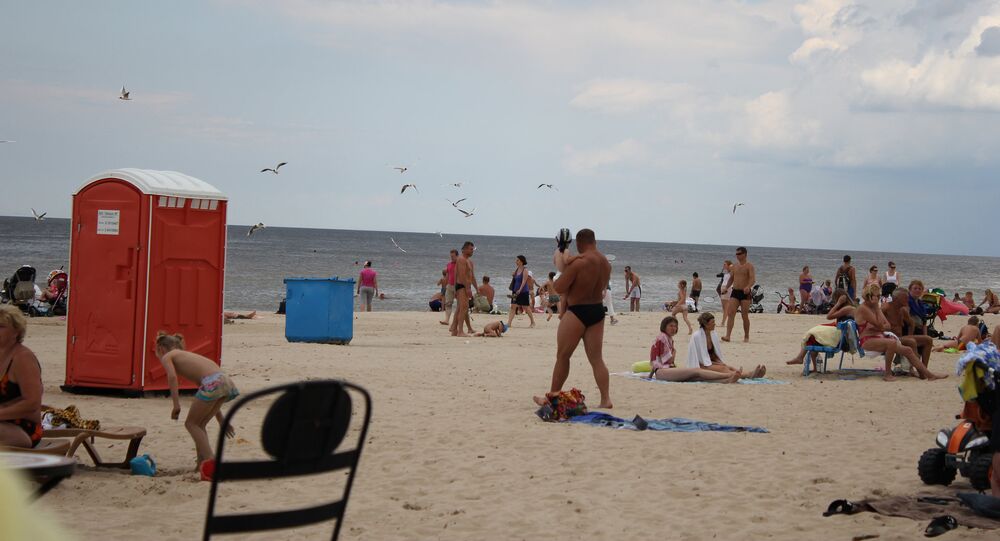 Latvian media has reported on a new incident involving the country's Russian minority, after a local beachgoer attacked a Russian-speaking woman and her infant son, who were vacationing at one of the country's local beaches on the Baltic Sea.

Latvian news hub Focus.LV identified the mother of the victim as Viktoria Udalova, whose three-year-old son was said to have been attacked following an altercation with a local beachgoer. Udalova noted that following the attack, she was told that "this is Latvia and Russians don't belong here."

Udalova explained that her child's attacker had struck him after the boy had taken another child's beach toy. "She ran up to him, started yelling and hit him so hard that he cried loudly for half an hour," Udalova noted. The mother also stated that the blow left a large red mark on the infant's body. When she stood up for her son, Udalova was told to "go back to Russia."

"For people like me and my child there is no place on a Latvian beach, because we are Russian you see," Udalova noted in her Facebook page.

© AP Photo / Martynas Vidzbelis
Baltic Brawl a-Brewin? Former Deputy Wants Lithuania to Give Seaside Resort Region Back to Latvia
Latvian society has been actively discussing the altercation on social media, the incident causing shock and anger. Latvian authorities are yet to issue a response.

Saturday's incident was not the first instance of anti-Russian harassment on Latvia's beaches. Last month, human rights activist Alexander Gaponenko reported on the appearance of inscriptions reading "Death to Russian Occupiers" on changing rooms and garbage cans on the beaches in Jurmala, a Latvian resort town 25 km west of Riga. Gaponenko stated on his Facebook page that the rising anti-Russian sentiment in the country is the direct result of the present government's policy, which has actively encouraged the country to fight against what it calls the Russian "fifth column."