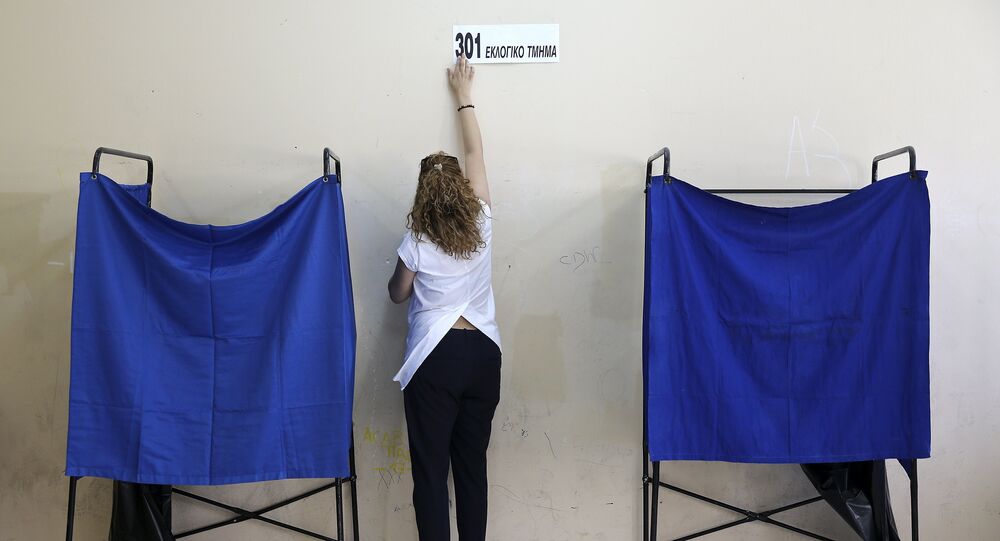 As less than a day remains before the Greek bailout referendum, Greece deals with pressure and rising stakes for the country's government.

Saturday is what's know as the day of silence before Greece's Sunday bailout referendum: campaigning for or against the bailout as well as publishing opinion polls regarding it is forbidden.

However, things are already tense; Greek Financial Minister Yanis Varoufakis has compared the actions of international creditors to "terrorism" while the website of the left wing of the Syriza party was reportedly hacked and defaced. The stakes are also high for the Greek government, which may resign if voters back the bailout, according to a Greek official.

The standoff threatens to develop into a standoff of Thermopylaean proportions between Greece and the EU, if the Greek people back their government.

"The Greek people have proved that they can answer ultimatums multiple times during their history. Sometimes ultimatums come back to those who make them as a boomerang. I call on you to repeat history," Greek Prime Minister Alexis Tsipras said at a rally on Friday.

© AFP 2020 / THEO KARANIKOS
Greek Solidarity Protests Spring up Across Europe
Varoufakis told Spanish newspaper Mundo that no matter what the result, Greece and the EU would come to an agreement regarding the debt crisis on Monday.

According to Christoforos Vernardakis, General Secretary for the Coordination of the Government, the referendum does not mean that a Grexit is imminent as there are no legal procedures for such an action.