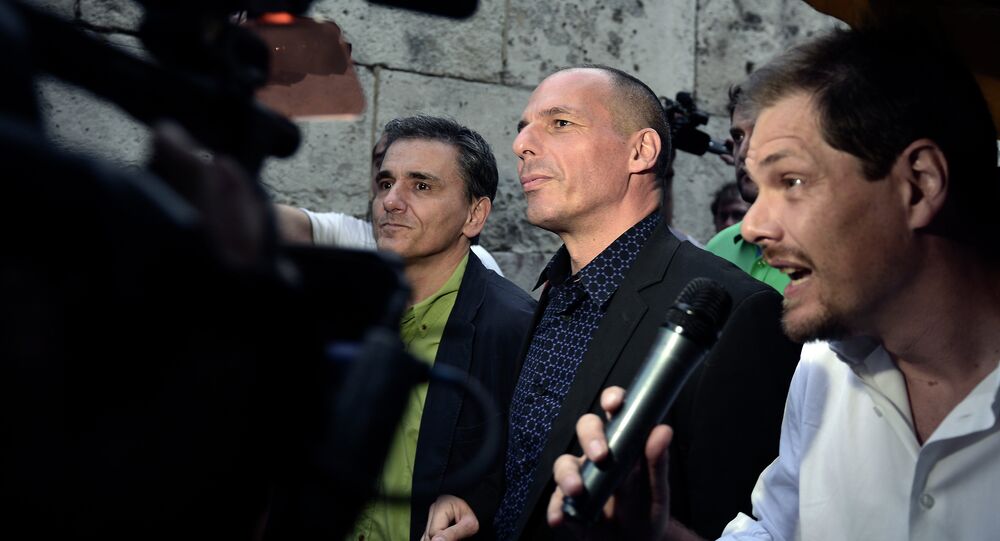 Greek Finance Minister referred to the actions of Athens' international lenders as "terrorism".

“There is a name for what they are doing to Greece: terrorism… Why did they force us to close banks? To strike fear into people. And when we are talking about inciting fear, this phenomenon is called terrorism,” Varoufakis said.

Brussels and Greece’s major foreign lenders, including the International Monetary Fund (IMF) and the European Central Bank, (ECB) want Greek voters to accept the bailout terms proposed to Athens by the creditors at the Sunday referendum.

“But we will not allow them humiliate us, we will show that we have no fear,” Varoufakis said.

On Sunday, Greek voters will take part in a referendum to decide whether Greece should accept its creditors' demands for spending cuts and tax increases in exchange for financial aid.

Greece to Resume Talks With Creditors Day After Referendum

EU President Juncker: A 'No' Vote Will 'Dramatically Weaken' Greece