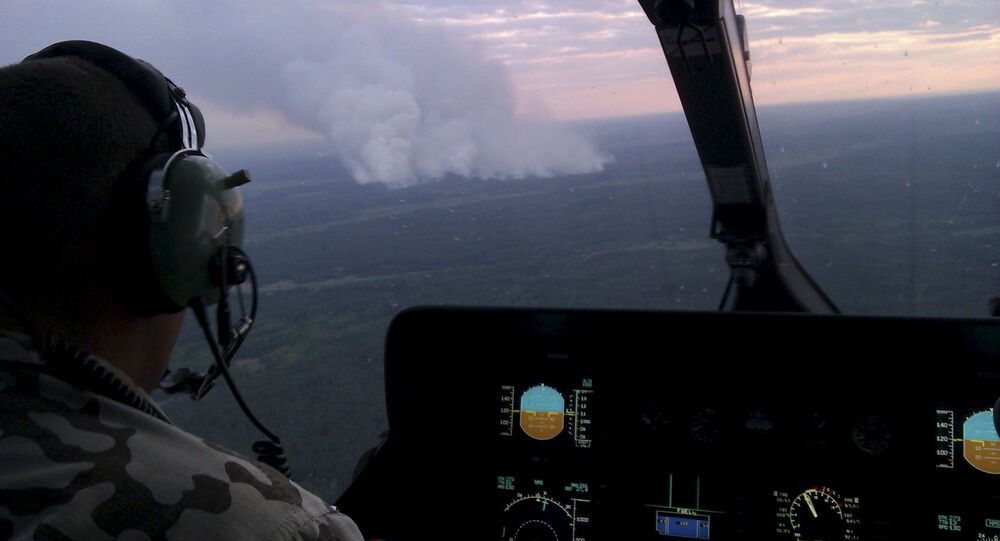 Ukrainian Emergency Services Have 4 Wildfires to Put Out Near Chernobyl

Ukrainian emergency services still trying to extinguish wildfire in the Chernobyl exclusion zone that started Monday, they have four more peat fire spots to put out, the Ukrainian governmental emergency service said in a statement Saturday.

“As of 07:00 a.m. [GMT 04:00] July 4 … we are continuing to extinguish the remaining localized spots of smoldering peat next to the villages of Kovshilovka, Glinka, Staraya Krasnitsa and Lubyanka,” the statement said.

This is a second fire in the region since the beginning of the year. In April, a fire in the Chernobyl had spread over an area of some 320 hectares. It took 300 firefighters and 51 units of equipment, including planes and helicopters, to put it out.