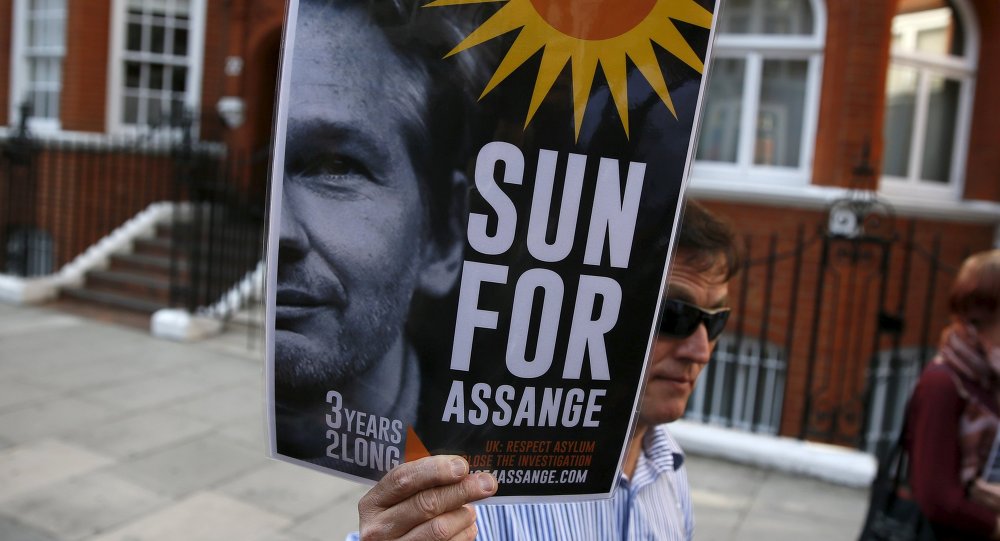 According to WikiLeaks founder spokesman Gavin MacFadyen, Julian Assange would be happy to receive political asylum in some "major" European country.

"I think Mr. Assange would welcome an offer of Asylum in a major European power, while at the same time being very grateful for the protection of the Ecuadorian government," MacFadyen said.

Earlier on Friday, Assange himself addressed Hollande in an open letter asking him for an asylum, but the presidential press service said in a statement that France has declined this request.

"I haven't had a chance to discuss these developments today with Mr. Assange, but I'm sure he's very grateful for the support of the prominent intellectuals, artists and political figures in France against the injustice of his incarceration in the Ecuadorian Embassy in London," MacFadyen said.

In 2006, Assange, an Australian national, launched the WikiLeaks website, through which he has revealed millions of classified diplomatic documents from around the world.

In 2010, Swedish authorities accused, but did not charge him of unlawful coercion and rape. Since 2012, the whistleblower has been residing at the Ecuadorian Embassy in London, fearing extradition to the United States where he could face espionage charges.