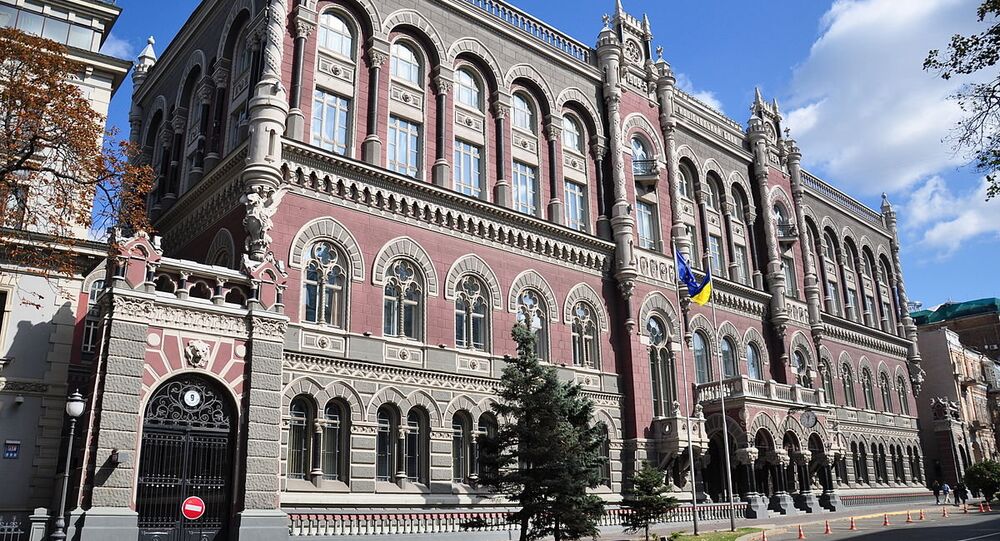 According to the National Bank of Ukraine, Ukraine’s public and publicly-guaranteed debt will reach 95 percent of the country’s GDP in 2015.

© Flickr / Chris Price
Ukraine's Inflation Rate for 2015 to Be Over 30% - National Bank
KIEV (Sputnik) – Ukraine’s public and publicly-guaranteed debt will reach 95 percent of the country’s GDP in 2015, the National Bank of Ukraine said in its June Inflation Report issued on Friday.

“Public and publicly-guaranteed debt will continue to rise in 2015 — to 95% of GDP, although the main increase already took place in Q1 due to the currency valuation effect,” the report states.

The conflict between Kiev forces and independence supporters in the country's east that erupted in mid-April last year has left Ukraine on the brink of a default as the country's currency, the hryvnia, has dropped several times since 2014.

Ukraine’s overall debt stands at roughly $70 billion, of which some $40 billion is owed to international money lenders.

Last week, Ukrainian Finance Minister Natalie Jaresko said Ukraine might announce a default at the end of July brought about by its inability to make its next debt payments.