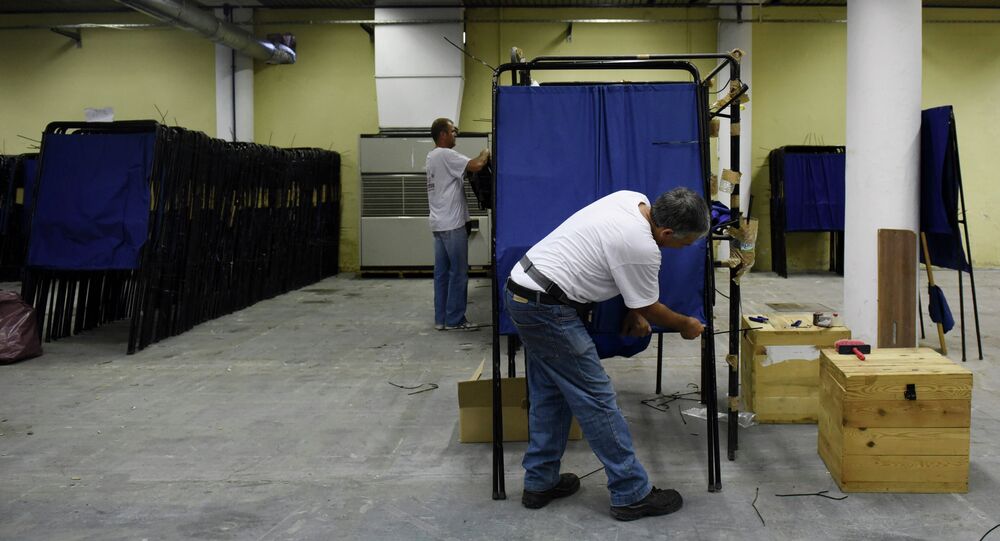 Greek Supreme Court to Rule on Legality of Bailout Referendum

The Council of State, the Supreme Administrative Court of Greece will take a decision at a Friday plenary session on whether it is constitutional to hold a bailout referendum, local media reported.

© REUTERS / Jean-Paul Pelissier
Yes Vote on Bailout Referendum Slightly Ahead in Greece – Poll
ATHENS (Sputnik) – At Sunday's referendum, Greek voters will be asked whether they approve of the bailout proposal made to the country by the European Union, the International Monetary Fund (IMF) and the European Central Bank (ECB) during the Eurogroup meeting on June 25.

The Supreme Administrative Court of Greece is reportedly to consider two petitions. The first was filed by two Greek citizens, a lawyer and an engineer, who believe that the plebiscite itself is illegal and unconstitutional because it poses a question regarding “public finances.” The petition also says the referendum question is too vague and the terms used are too complicated for an average citizen to comprehend.

The second appeal, filed by 17 lawyers and a representative of the Greek Movement for Direct Democracy, calls for holding the referendum on July 5 as scheduled and challenges the statements posed in the first petition.

The Court's decision is to be published later on Friday.

Greece is among the countries which were hit the worst during the financial crisis of 2008-2009. The country’s overall debt to international creditors stands at about $350 billion, of which $270 billion is owed to the ECB, the IMF and eurozone countries.

The referendum was announced by Greek Prime Minister Alexis Tsipras last Saturday. Tsipras himself called on Greeks to reject the lenders’ proposals stating that it will strengthen the country’s positions in future bailout negotiations.