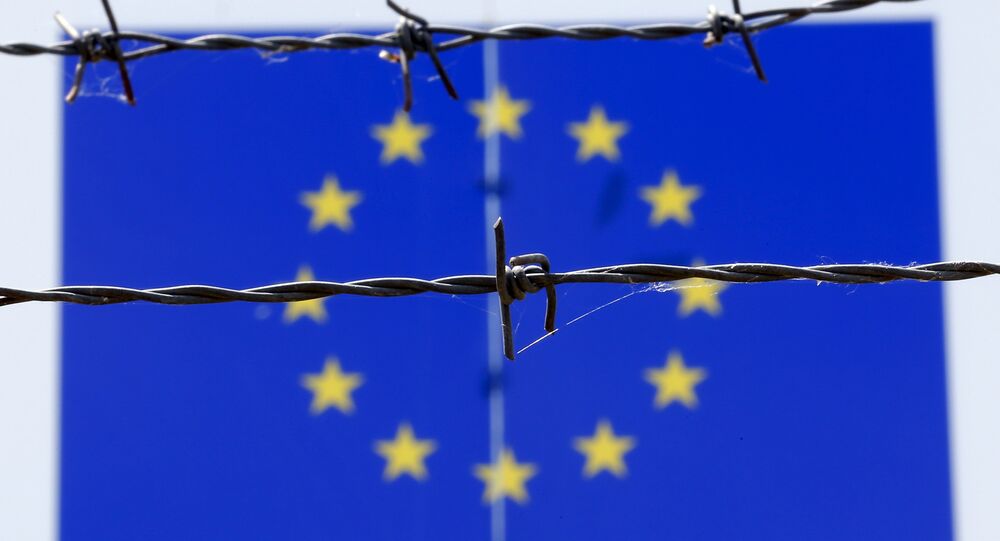 The leader of Austria's petition drive to spark a debate on leaving the EU brought together many concerns that Austrians had about the country's membership in the union.

Austria's petition campaign to begin a debate for a referendum to leave the European Union was very successful, campaign head Inge Rauscher told Sputnik Deutschland in an interview.

Rauscher said that she had to conduct the petition campaign amid an almost complete media silence on the issue. The group will make a separate address to the country's parliament in late August for a parliamentary debate.

"Many people are worried by the rising prices of everyday household items. They understand that the EU path is wrong. They lost the right to choose in their own country. The EU is no democracy, it's a violent regression in the development of democracy," Rauscher said.

Rauscher added that the group plans to direct public attitudes to the referendum by holding public events at the same time as the debate in parliament.

"Many people feel this: our country has rising unemployment and a growing national debt. It's getting worse in every sphere. We get meaningless instructions from Brussels which cost a lot of money and demand a lot of bureaucratic nonsense from us," Rauscher added.

© Flickr / Phil Strahl
Brexit, Grexit and Now Auxit? Petition Sparks Austrian EU Referendum Debate
Rauscher also said that the internal differences between EU countries, as in the north and in the south, as countries such as Portugal, Spain and Italy continue to have economic issues.

"Nothing got better by joining the EU, including the environment. Transit flows increased greatly. Animal protection legislation, which was very good in Austria, was immediately destroyed by EU policy," Rauscher said.

The EU also hurt Austria's medium businesses and farms with its legal preference for multinational corporations, as well as its loss of sovereignty and neutrality on issues such as anti-Russia sanctions, according to Rauscher.