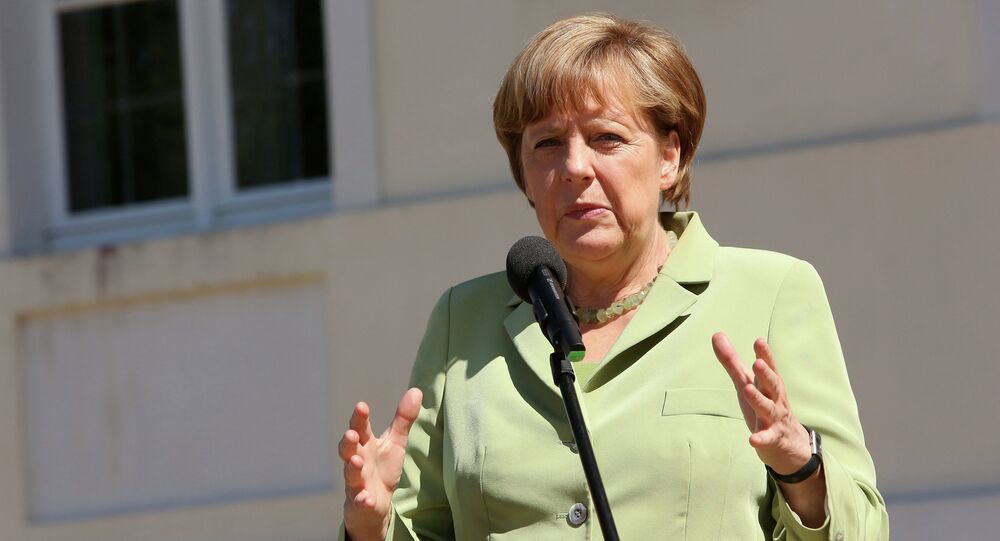 Half of the German population is dissatisfied with Chancellor Angela Merkel’s policy toward Greece, as the Hellenic nation prepares for Sunday’s referendum on whether to accept its international creditors’ proposal, a poll released on Thursday shows.

© AFP 2021 / DANIEL ROLAND
Germany Could Lose €80 Billion if Greece Goes Bankrupt
BERLIN (Sputnik) – Exactly 50 percent of Germans surveyed said they viewed the federal government’s policy toward Greece with criticism, while 40 percent said they were satisfied with the approach, an Emnid survey commissioned by the German N24 news channel has revealed.

On the subject of Sunday’s public vote, 44 percent of those polled in Germany expected a ‘yes’ outcome, while 41 percent said they thought Greek voters would reject the proposal to continue with painful economic reforms in exchange for financial bailouts.

Broken down geographically, 46 percent of East Germans expected a ‘no’ vote versus 40 percent of respondents in Western Germany, the poll revealed, without specifying the dates or the sample size of the survey.

On the subject of Greece’s possible exit from the euro zone, nearly two-thirds of both West and East Germans were confident that the country would remain within the European Union. While one-third in those polled expressed the opinion that a so-called Grexit would signify Greece’s forfeiture of EU membership.

Sunday’s referendum emerged as another key date in Athens’ negotiations with its creditors after it missed Tuesday’s deadline to repay the International Monetary Fund $1.7 billion of a loan taken out under the last bailout program.

EU leaders are urging the Greek public to back their proposal, while the Greek leadership is actively campaigning for a ‘no’ vote.