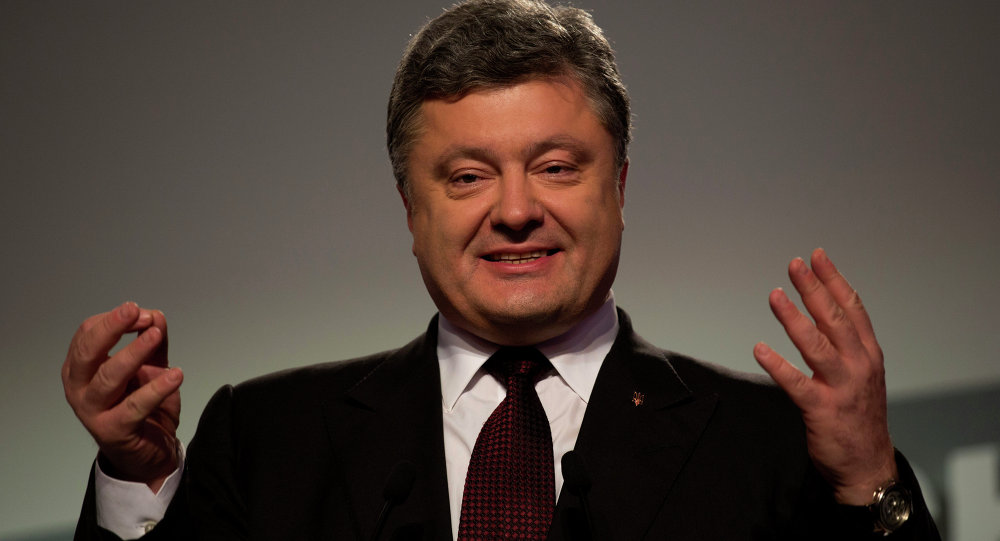 Petro Poroshenko said Wednesday he would submit a draft law to the parliament with proposed constitutional changes on decentralization.

© AP Photo / Sergei Chuzavkov
Poroshenko to Submit Decentralization Project to Parliament Next Week
KIEV (Sputnik) – Ukrainian President Petro Poroshenko said Wednesday he would submit a draft law to the parliament with proposed constitutional changes on decentralization by the end of the day.

“I will today by the end of the day, without any changes, register it as a draft law, and it will today be sent to the Verkhovna Rada [parliament],” Poroshenko said.

According to the president, the bill, approved by Ukraine's constitutional commission last week, does not envision a special status for the troubled eastern Donbas region. "These are rumors," he said.

The decentralization amendments were reviewed by the Venice Commission, an advisory body to the Council of Europe on constitutional matters, last week. The commission noted a need to create separate territorial administrative units through a special law, but generally approved the document.

Earlier, Poroshenko said he expected the parliament to pass a bill on constitutional changes to decentralize power in Ukraine by July 17.

Decentralization is one of the key provisions of the Minsk agreements on Ukrainian reconciliation. The deal was reached by the independence supporters of the Donbas region and the Kiev authorities in February, and also stipulates a ceasefire and weaponry withdrawal.

'At Finish Line': Poroshenko on Changes to Constitution on Decentralization