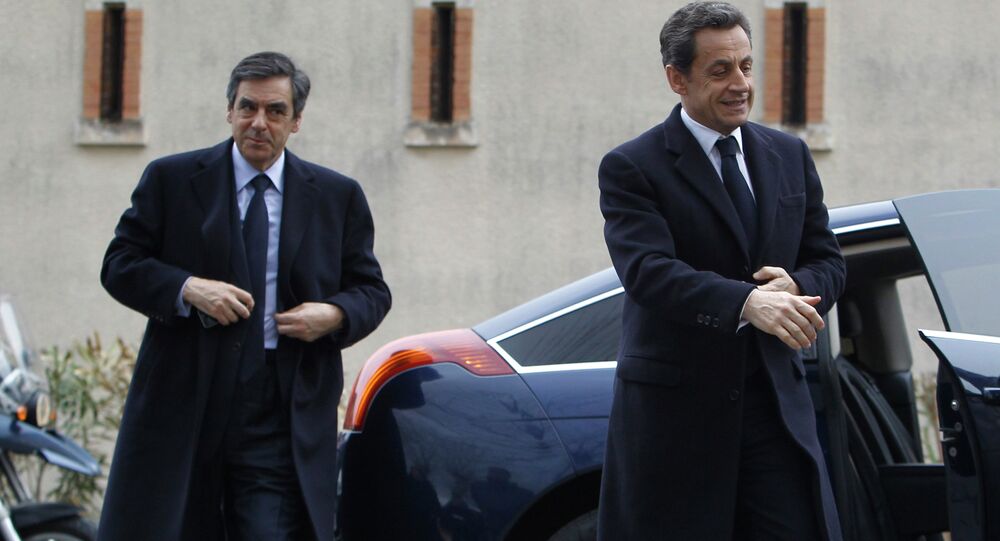 In 2008, the then French President Nicolas Sarkozy met with the Prime Minister, Francois Fillon, and the boss of a project for the General Directorate for External Security (DGCE). Sitting in the office of the Head of State at the Elysee in Paris, the agenda before them: the future of the French special services.

According to an exclusive report in French weekly magazine L’Obs, the Sarkozy administration spent $775 million (700 million euros) in the process hiring 600 staff to intercept submarine cables between continents.

© Sputnik / Vitaly Podvitski
Hollande's 'Tap' Dance
The report written by journalist Par Vincent Jauvert details a meeting that took place in 2008 between the then French President Nicolas Sarkozy, French Prime Minister, Francois Fillon, and the boss of the General Directorate for External Security (DGCE), Pierre Brochand at the Elysee Palace in Paris.

The agenda before them: the future of the French special services. The solution, according to the exclusive report in L’Obs, spend $775 million (700 million euros) intercepting submarine communications for five years – and it has been revealed, still is.

During the 1980s and 1990s the DGCE invested heavily in satellite interception systems, which were surreptitiously installed across France and in its overseas territories. But satellite surveillance systems are now obsolete.

Currently, 90 percent of information no longer passes through satellites; instead optical fiber is used in submarine cables placed between continents.

The US National Security Agency (NSA) spent billions of dollars to spy using this technology — as did UK's Government Communications Headquarters (GCHQ). France's DGCE, however, didn't follow in the same footsteps.  It's reported that President Jacques Chirac didn't release the funds – but Sarkozy did.

In 2000, the newly elected president began planning the installation of a top secret computer system on a mission to break the codes of the hardest encrypted messages, as well as the surveillance of other countries' cables — investing in computer hardware and the recruitment of hundreds of telecom engineers, spending $775 million (700 million euros).

But first there were rules. Following weeks of negotiations between France’s national security interceptions control commission (CNIS) and the DGSE, principles for interception were agreed.

One rule that was agreed between the CNCIS and DGSE was that the CNCIS could focus its interceptions on certain themes, including terrorism or nuclear proliferation. A senior official told the publication:

“Unlike the NSA, we do not listen to German Chancellor Angela Merkel. But if the President of the Prime Minister ordered to do – we could, despite the principles of interception agreed by the CNCIS”.

According to information obtained by L’Obs, the CNCIS authorized the interception of cable traffic from 40 countries including Algeria, Morocco, Tunisia, Iraq, Syria, Sub-Saharn Africa and Russia, China, India and the United States.

The project, initially authorized by President Nicholas Sarkozy has been running for seven years, being currently under the direction of Francois Hollande who recently passed a law to widen intelligence services, authorizing the DGSE to extend their cable interceptions under a five year plan until 2019.

Appears to be rather L’hypocritical considering how outraged Hollande appeared to be when WikiLeaks revealed he himself was being spied on by the NSA.