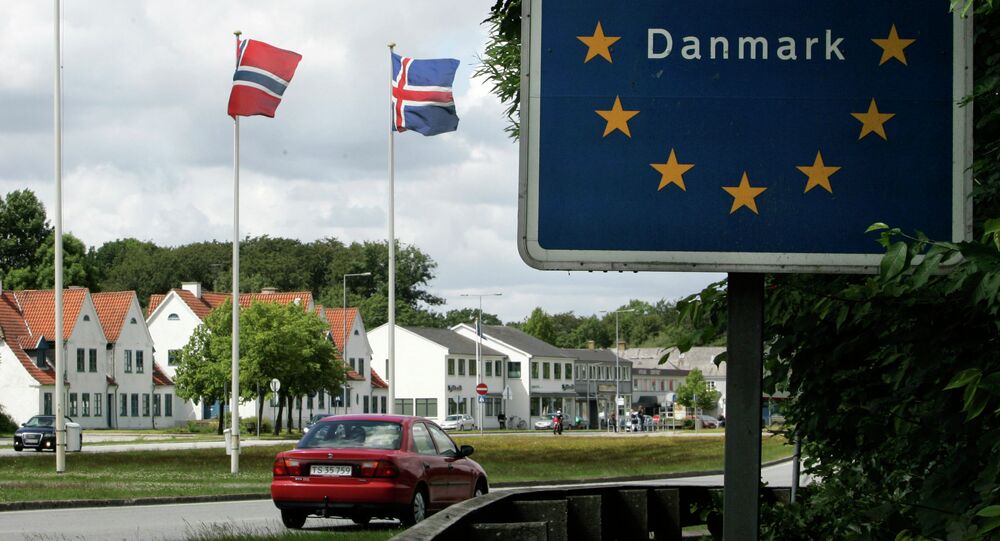 Denmark's new Foreign Minister announced on Tuesday that his government will impose new controls at the border with Germany in order to stop illegal immigration and smuggling.

© REUTERS / Simon Skipper/Scanpix
Denmark's Prime Minister Steps Down After General Election Defeat
Danish Foreign Minister Kristian Jensen said during a visit to Germany on Tuesday that his country plans to reintroduce controls at its border with Germany in order to combat illegal immigration and smuggling. The move comes despite Denmark's membership of the Schengen Area, continental Europe's multi-country border-free zone.

"We will suggest something that is within the Schengen rules and there will be a dialogue with Brussels and the EU commission, but also with our neighboring countries,"

A spokesman for the Danish foreign ministry confirmed the plans, adding that the checks will be carried out in border areas, but not on the border; "there won’t be a border barrier."

"There will be checks in the border areas."

The Ventre party, or Liberals took office on Sunday after coalition talks with the anti-immigration Danish People's Party, which gained 37 seats, to form a right-wing government broke down.

© AFP 2020
Right Wing Anti-Immigration Party Becomes Second Largest in Denmark
The Ventre party has just 34 seats, the smallest of any government since 1973, and is dependent on the backing of the DPP, whose election pledges included the reintroduction of border controls.

The outgoing Social Democrats led by Helle Thorning-Schmidt, who had been in power since 2011, conceded defeat to the right-wing bloc after winning 47 seats in the general election, which was held on June 18.

In 2011 the Venstre government temporarily restored customs controls and border checks after campaigning by the DPP, before the Social Democrats reversed the legislation on coming to power in October 2011.

The Schengen area comprises 26 European countries which have abolished controls at their common borders, enabling free movement without a passport. Denmark and the other Nordic countries signed the Schengen agreement in 1996, and in 2001 eliminated border controls with other Schengen countries.