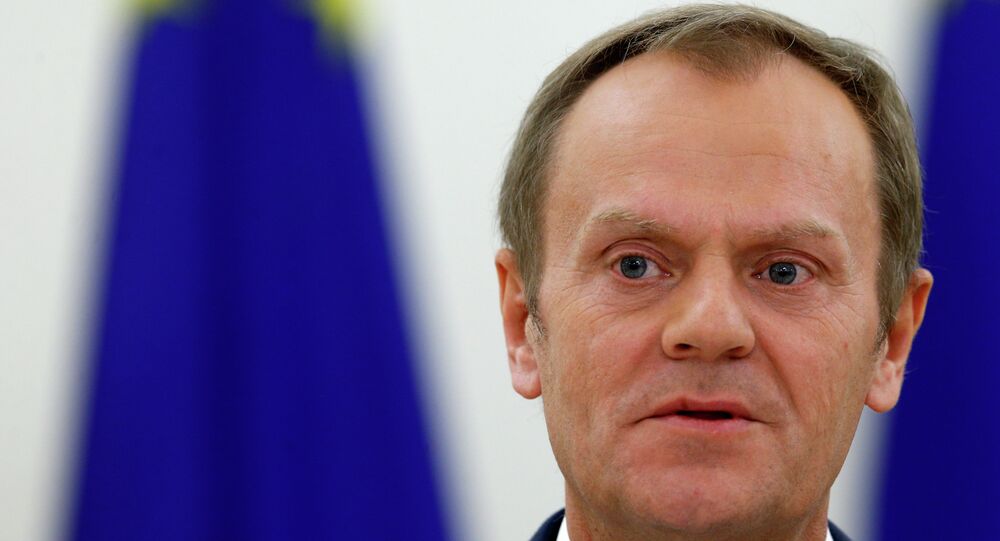 European Council President Donald Tusk claims that regardless of its results, the bailout referendum in Greece will not strengthen the position of Athens in negotiations with its creditors.

MOSCOW (Sputnik) — Regardless of its results, the bailout referendum in Greece will not strengthen the position of Athens in negotiations with its creditors, European Council President Donald Tusk said Monday.

© REUTERS / Alkis Konstantinidis
Greek Parliament Authorizes Referendum on Bailout Program
On Saturday, Prime Minister Alexis Tsipras announced that a snap referendum on whether to accept a bailout proposal by Greece’s creditors in exchange for unpopular austerity measures would take place on July 5.

Tsipras himself backs a 'No' vote arguing that a rejection of international creditors' proposal by the public would better arm Athens in future possible talks with the lenders.

On #Greece: every government has the right to hold a referendum. However, NO vote will not will not result in stronger negotiating position.

Greece's current bailout program expires on Tuesday. On the same day, the country is due to transfer the next $1.7-billion payment to the International Monetary Fund (IMF).