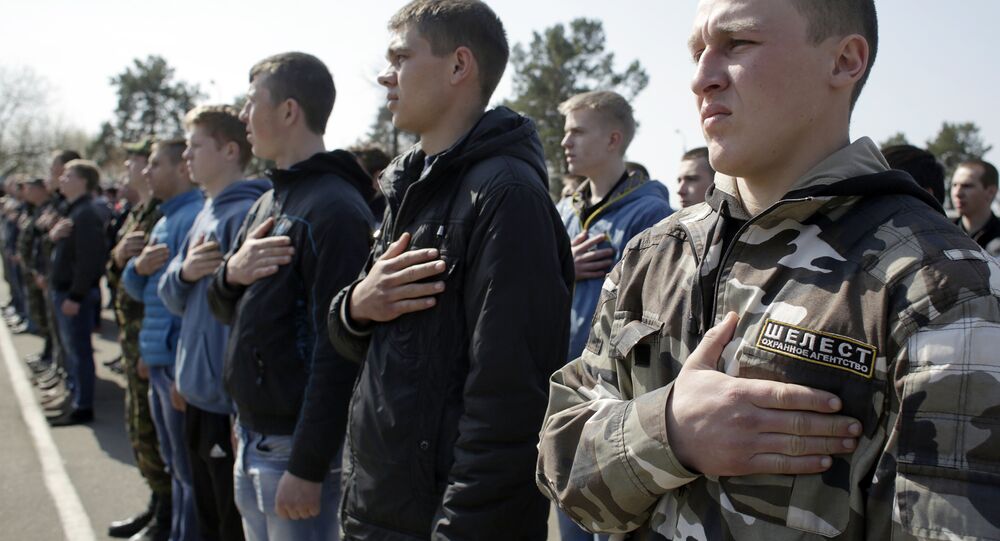 Ukraine will likely to start the seventh wave of mobilization, said Stepan Poltorak, the country’s Defense Minister, according to Ukrainian weekly Korrespondent.

Poltorak said mobilization will depend on the situation in the eastern part of the country, where Ukrainian army is fighting against Donbass independence supporters.

"Tomorrow I will have a meeting in Uzhhorod [the city in Ukraine's Zakarpattia Region] on the issue of the fifth wave of mobilization…" Poltorak said, as cited by Gazeta.ru.

Previously it was reported that Ukraine's Defense Ministry had trouble recruiting soldiers. Over 10,000 cases of desertion have been registered in the Ukrainian Army since the outbreak of the Donbass War in April 2014.

© AFP 2021 / Genya Savilov
US Effort to Rebuild Ukraine Army Doomed to Fail
In 2014 the army suffered heavy desertion and nearly 30 percent of the servicemen called up in the first wave of mobilization (March 17) abandoned their positions, Ukrainian President Petro Poroshenko said.

Ukrainians have been protesting against the mobilization. They travel to work abroad or simply reside at their relatives' in other countries. Almost 1.3 million Ukrainian draftees live in Russia.