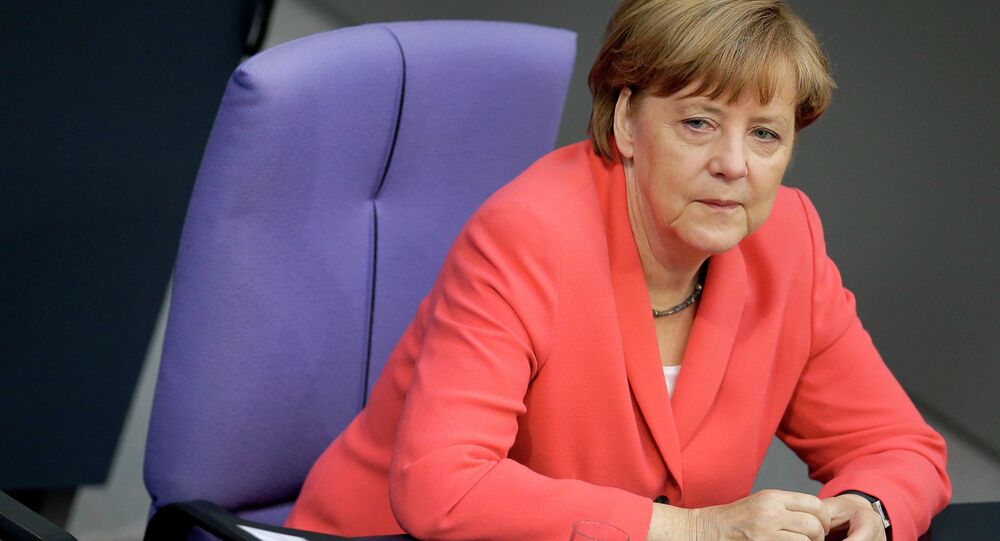 Activists of a German peace initiative appealed to German Chancellor for the peaceful resolution of the Ukrainian conflict and an organization of a multilateral conference with Russia’s participation to discuss possible way outs.

"Stop escalation! No soldiers and weapons to Ukraine! No to war!" the appeal said, receiving support of around 1000 people.

© AP Photo / Geert Vanden Wijngaert
German Farmers Feel the Pinch of Anti-Russian Sanctions
The first call for peace was made by the members of the initiative in April. At that time, Merkel replied she took opinions and demands of the people "very seriously," but made no further comments.

According to the newspaper, the activists are planning to continue collecting signatures.

"We want to use the campaign to promote a public debate and oppose the growing war rhetoric in politics and the media," Andreas Wagner, member of the peace initiative said.

He also added that dialogue and reconciliation of interests are the only ways to resolve the crisis, while threats and sanctions are inefficient and contribute to the escalation of the conflict.

Russia Extends Counter-Sanctions Against West for Another Year