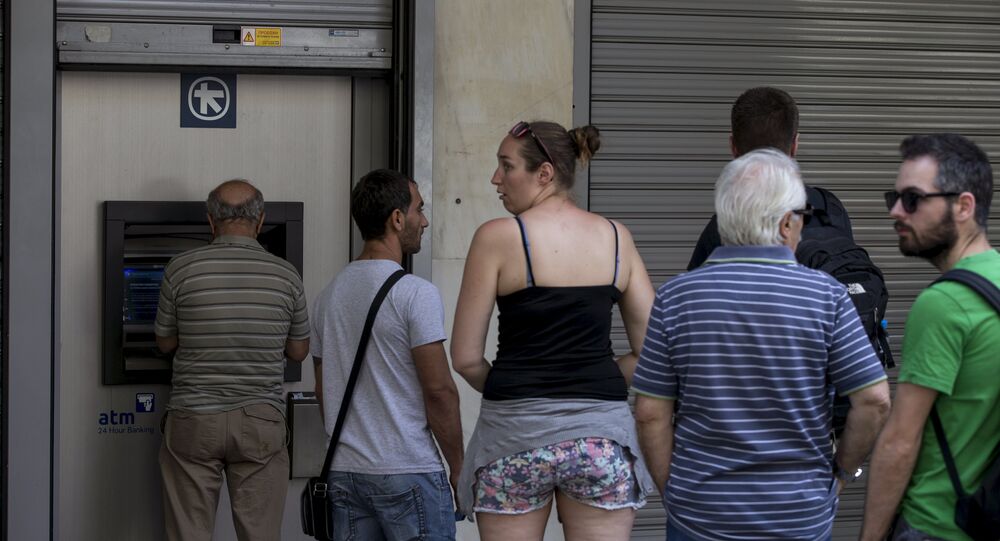 Greek lawmakers have decided on the wording of the ultimate question that Greeks will answer during the July 5 referendum on Greece’s bailout deal with creditors, the parliament said Saturday.

© AP Photo /
Greek Crisis: How Did the Debt Spiral Unfold?
ATHENS (Sputnik) — The vote is widely regarded as Greece’s in/out referendum that may determine whether the South European nation stays in or quits the single currency and possibly the European Union.

Greek Prime Minister Alexis Tsipras called the referendum late Friday after the government rejected creditors' proposals, aimed at rescuing the debt-ridden country from defaulting on its debt, due in four days.

© Sputnik / Alexey Danichev
Greek Prime Minister Calls for Referendum on Creditors' Bailout Program
"The Greek people will vote on whether to accept or not the draft agreement that was put forth by the European Commission, the European Central Bank and the International Monetary Fund at the Eurogroup meeting on June 25, 2015," the statement on the parliament’s website said.

It said the draft consists of two documents – on reforms that are needed to be implemented before and after the expiry date of the current bailout program, as well as a preliminary analysis on debt sustainability.

Greeks will be asked to say whether they "accept" or "decline" the offer made by the country’s major international money lenders.

The parliament is now meeting to debate the referendum, with a vote expected at around midnight.

Greece: Bail Out or Fall Out