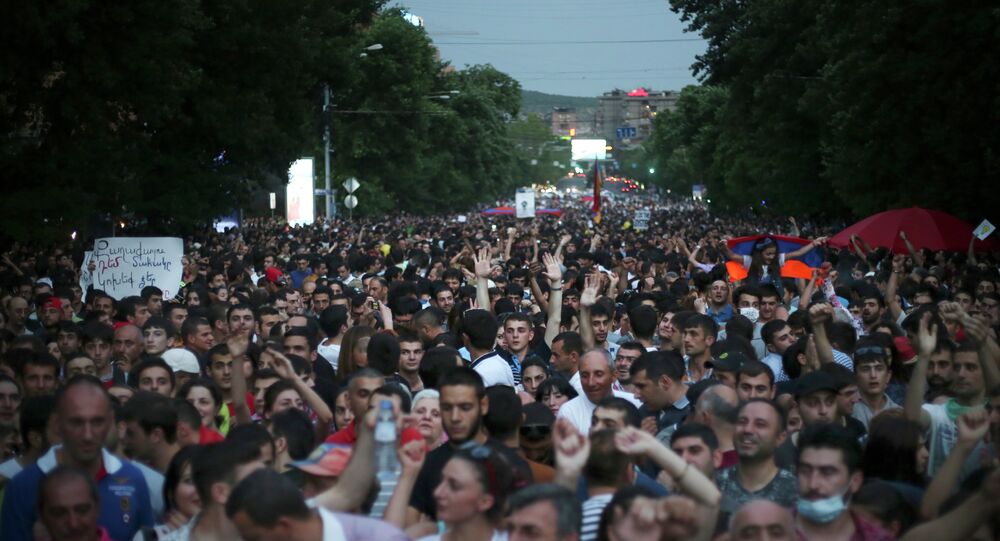 The mass protests in Yerevan are not aimed against Russia, Armenian President Serzh Sargsyan said when meeting on Friday with Russia’s Transport Minister Maxim Sokolov.

Asatur Yesayants
Armenia Protesters Put Forward Three Demands to Government
"Some experts are claiming that the ongoing protests in Yerevan against the proposed electricity price hike are aimed against Russia, but the President believes that the protesters themselves have proved the absurdity of such claims,” the presidential press service said in a statement Friday.

Meanwhile, protesters in the Armenian capital continue to block the city’s central Bagramyan Avenue demanding the cancellation of a nearly 17 percent electricity price hike that is due to take effect on August 1.

They have refused to meet with President Sargsyan to discuss their grievances, and instead chose to continue their sit-in that started last Friday.

The authorities, said, meanwhile, they would go ahead with the price hike to "ensure the country's energy security” and avoid "cyclic power cutoffs which will lead to irreparable consequences for the country's economy."

The proposed increase would only cost an average household some $3 per month, with the government pledging to allocate over $5 million in aid to the neediest families.

Some experts earlier claimed that the protests in Yerevan were similar in nature to the 2014 pro-EU-integration rallies in Ukraine that led to the ouster of President Viktor Yanukovych.

5 Things You Need to Know About Armenia's 'Electricity' Protests