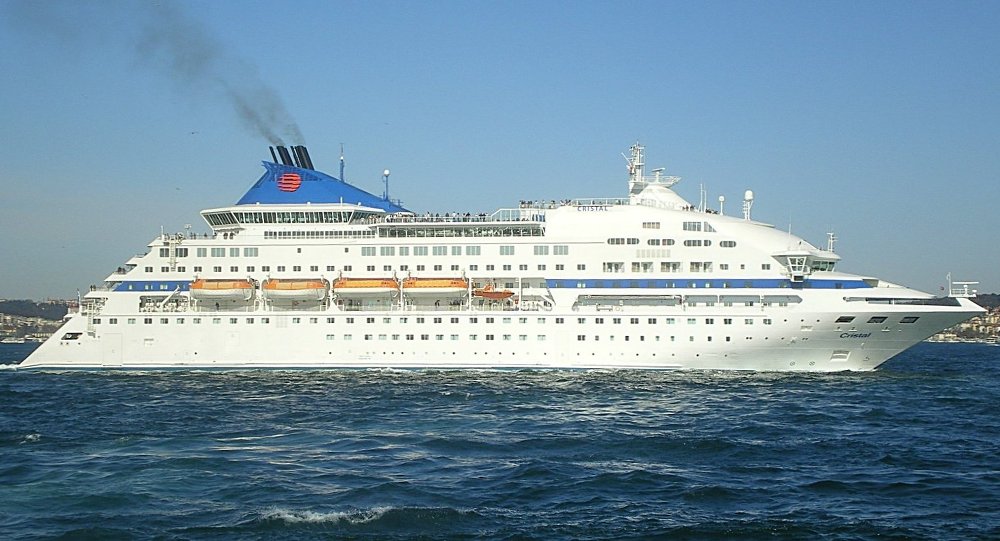 A cruise liner collided with a tanker near the Turkish Gallipoli peninsula.

© Sputnik / Igor Podgorni
Spanish Navy Rams Greenpeace Boats Protesting Against Oil Drilling
ATHENS (Sputnik) — No one was wounded on Saturday in a crash between a packed cruise liner and a tanker at the northern entrance of the Dardanelles Strait near the Turkish Gallipoli peninsula, the liner’s operator said as cited by a Greek newspaper.

"All passengers and crew members are in good health. The vessel suffered minor damage that will be assessed by experts," Greece’s Protothema news website quoted the operator as saying.

According to the Maritime Bulletin, the Celestyal Crystal cruise liner collided with the STI Pimlico tanker at 1:28 a.m. local time (23:28 GMT). The liner, carrying 853 passengers and 382 crew members, was en route from the Greek island of Mykonos to Istanbul when it crashed with a tanker going from Russia’s Tuapse to Malta.

The Bulletin said the collision did not cause any leak. It cited the Control Traffic Center as indicating the incident had likely been the fault of both vessels as they had been warned about the danger of a collision.

Out of Control Oil Tanker Explodes in Nigeria Killing 69