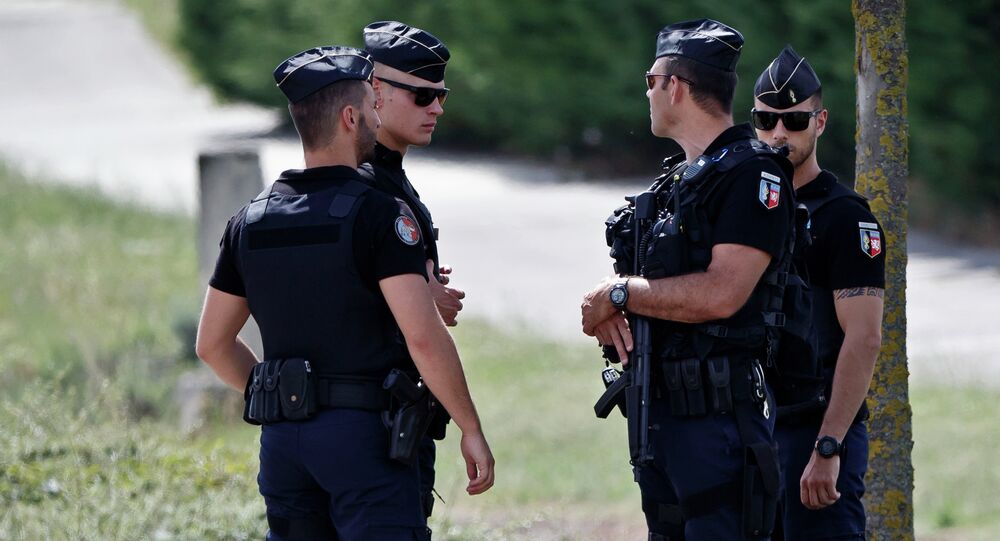 A suspect in beheading the only victim of the attack on a gas factory in southeastern France had ties with the local jihadist cell, known to the French intelligence

© REUTERS / Philippe Wojazer
Maximum Level of Terror Threat in Southeastern France to Last 3 Days
MOSCOW (Sputnik) – A suspect in beheading the only victim of the attack on a gas factory in southeastern France had ties with the local jihadist cell, known to the French intelligence, Francois Molins, the Paris prosecutor, said Friday at a press conference.

Earlier in the day, two individuals, one of them identified by the authorities as local resident Yassin Salhi, caused an explosion by driving a car into a warehouse filled with canisters containing gas after beheading a victim at a US-owned gas factory near France's second-largest city of Lyon.

"Yassine S. had established ties with Salafi movement of Lyon," the prosecutor said as quoted by the Twitter of French iTELE channel.

He added that the suspect was the subject of an arrest warrant between 2006 and 2008 due to the ties with radical Islamists. Besides, according to the official, between 2011 and 2014, Yassin Salhi was under the oversight of intelligence services.

Earlier in the day, Molins said that one of the suspected perpetrators of the Friday attack was acquainted with the local employees, which enabled the attackers to enter the facility without any suspicions.

According to French media, the law enforcement has so far arrested four persons, including Salhi.

Hollande Cancels Meeting With Merkel, Tsipras Due to Terrorist Attack