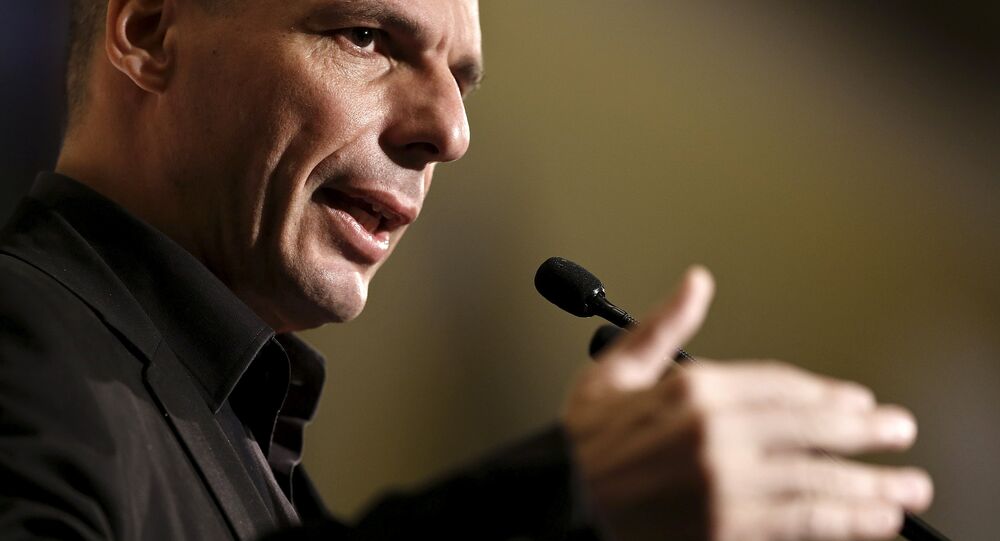 Athens has lambasted EU creditors' proposal for deeper social cuts as "inacceptable," while earlier on Friday Greece's FM Yannis Varoufakis stressed that the country had already swallowed a "gargantuan dose of austerity."

© AP Photo
Greek Debt Deal Jeopardized by Leftist Anxiety in Athens
On June 26, in an interview with the Irish national radio Greece's Finance Minister Yanis Varoufakis denounced the EU demand for deeper social cuts as "absurd," claiming that the country had already swallowed a "gargantuan dose of austerity," Polish journalist Andrew Rettman emphasized, adding that some EU member states have expressed their dissatisfaction with Athens' unwillingness to accept austerity.

"We have 1 million families, where the whole family, parents, grandparents, grandchildren… are living off the single pension of one grandparent. To suggest it would be preferable to reduce that single pension is utterly absurd and it's a position I'm simply not prepared to put to my parliament," Mr. Varoufakis said, as quoted by the journalist.

Yanis Varoufakis also blasted the European Commission, the European Central Bank, and the International Monetary Fund for "keeping euro states 'in the dark'," the journalist noted.

According to a leaked version of Greece's latest proposal, Athens offered €200 million in military spending cuts, raising the retirement age to 67 by 2022, and increasing VAT revenue from 0.74 percent of GDP/year to 0.93 percent. However, EU creditors have demanded further cuts, expressing their dissatisfaction with Athens.

Greece's latest bailout program expires at the end of June, prompting fears of the "inevitable" Grexit.

"A 'Grexit' is not our goal but would be unavoidable if there is no solution in the next five days," Germany's EU commissioner Guenther Oettinger told the radio station Deutschlandfunk on Friday.

It still remains unclear whether the German and Greek parliaments will ratify a bilateral deal on Monday, after Athens claim that the "creditors' proposal cannot be accepted."