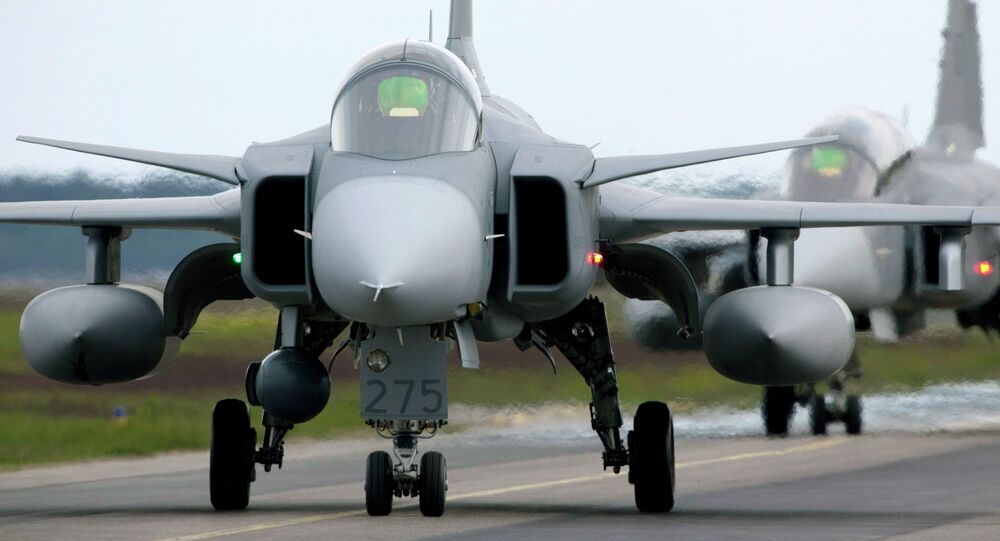 Sweden's parliament has recommended cutting arms exports to countries that it considers to be undemocratic as part of plans to emphasize the importance of human rights issues in relation to trade. The moves have highlighted the differences between Sweden and other western countries on the issue.

Under the proposals, Sweden would be the first country in the world to introduce specific sets of democratic criteria when it comes to exporting weapons, by judging countries individually, based on their civil and political rights, and the nature of their democratic institutions.

"A country's democratic status will be a central condition for an export permit," politician Hans Wallmark said while presenting a committee report on the issue.

Prime Minister Stefan Lovren's government has taken a keen interest in ensuring that human rights concerns are central to its foreign policy.

Sweden export most weapons per people in the world. Why not combine Swedish arms export and IKEA? You buy a gun but you build it yourself.

And while many have praised the stance, it has also attracted criticism from others who believe the government's actions could hurt the country's economy.

Sweden is the world's 12th biggest arms exporter, with the industry employing thousands of people and accounting for over $1 billion worth of the country's exports.

While human rights issues are currently addressed in Sweden's arms export policy, lawmakers have argued that existing arrangements are too weak and new, binding laws need to be introduced, with fresh proposals to be tabled by the government within a year.

The government's stance has already seen Sweden cancel a defense agreement with Saudi Arabia worth billions of dollars, after criticism of Riyadh's human rights record led to a diplomatic row between the countries.

As part of other human rights-based decision taken by the government, Sweden broke ranks with other western nations and became the second western European country to officially recognize the state of Palestine, which sparked criticism from Israel.

Sweden's stance of putting human rights concerns before financial gain has been praised by many activists across the world, however it also highlights the distinct differences employed by Stockholm and other western nations when it comes to arms exports.

Campaigners in both the US and Britain have called on their governments to limit or halt the export of arms to Saudi Arabia, given the country's questionable human rights record.

Exports to Israel have also been a strong source of criticism for both Washington and London, particularly given last year's Israeli's military offensive in Gaza which resulted in the deaths of more than 2,200 Palestinians, most of whom were civilians.

Despite Israel being accused of committing war crimes over the bombing of residential areas in Gaza, and being in breach of international law in regards to the occupation of the West Bank, Britain has continued to strike arms deals with the country, totaling $66 million over the past five years.

Along with Israel and Saudi Arabia, the issue of the West's relationship with the Gulf kingdom of Bahrain is another factor that has drawn into question Britain's commitment to human rights.

Civil rights NGO Human Rights Watch (HRW) has labeled the human rights situation in Bahrain as "critical" following what it describes as the "brutal crackdown on pro-democracy protesters" in 2011.

Despite reports of prisoner abuse and doctors being tortured by government officials for simply treating wounded protesters, the UK has increased its arms exports to the country and announced that it had signed a "landmark" agreement to establish a permanent British naval base in the kingdom.

These agreements have led to widespread condemnation of the actions of the UK and US, with Sweden's new approach further highlighting the vastly different arms export policies, posing the question of whether some countries are willing to put cash before human rights.