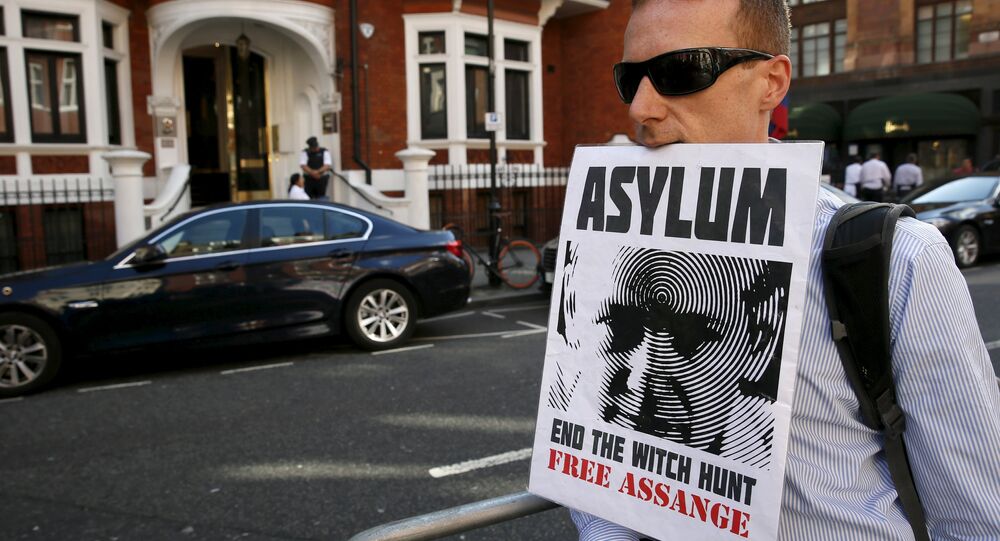 It is possible that France may decide to offer asylum to whistleblowers Edward Snowden and Julian Assange, French Justice Minister Christiane Taubira said on Thursday.

Snowden, a former US National Security Agency contractor, has remained in Russia after revealing the US government’s widespread surveillance programs.

Assange, the founder of WikiLeaks, has remained in the Ecuadorian embassy in London for two years while avoiding extradition to Sweden, where prosecutors want to question him over sex crime allegations.

"If France decides to offer asylum to Edward Snowden and Julian Assange, I wouldn't be surprised. It's a possibility," Taubira told BFMTV.

She stressed that the decision is not hers, but that of the French prime minister and president.

Earlier this week, WikiLeaks published what it said are NSA documents revealing that the United States spied on French President Francois Hollande and his two predecessors, as well as members of their administrations.

In statement released Wednesday, the French Defense Council said the country will not tolerate "any action jeopardizing its security and the protection of its interests," but also suggested it was already aware of the spying allegations.

"These unacceptable facts already resulted in clarifications between France and the United States" in 2013 and 2014, the Defense Council said. "Commitments were made by the American authorities. They must be recalled and strictly respected."

President Barack Obama spoke to President Hollande Wednesday and told him that – as of late 2013 – the United States is "not targeting and will not target the communications of the French President."

On Thursday, the leftist French daily newspaper Libération said France should offer Snowden asylum as a response to the "contempt" the United States has for its allies.

France would send "a clear and useful message to Washington, by granting this bold whistleblower the asylum to which he is entitled," Libération editor Laurent Joffrin wrote.