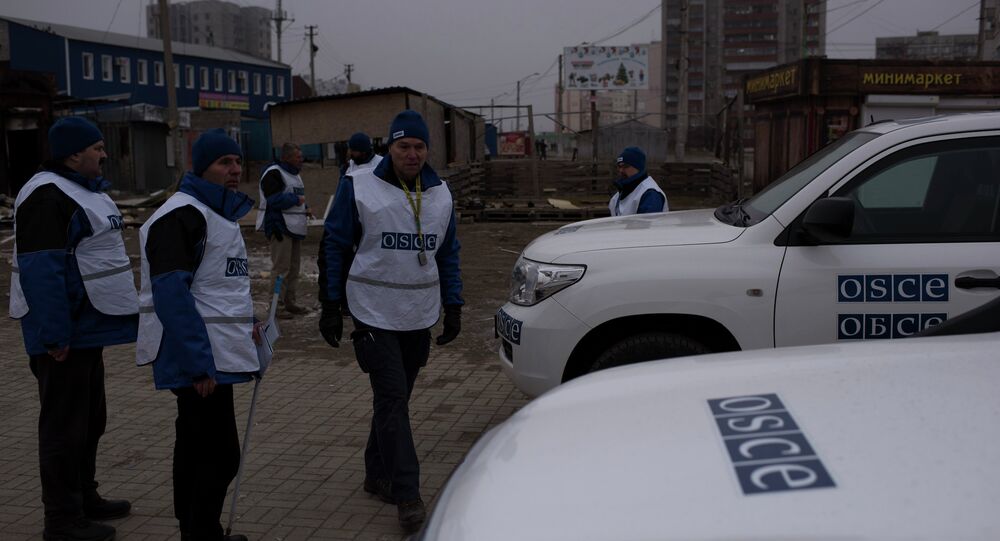 The Organization for Security and Co-operation in Europe’s Special Monitoring Mission (OSCE SMM) has documented “a significant Ukrainian Armed Forces presence” observed to be building trenches near the eastern Ukrainian city of Donetsk, the SMM said in a report issued on Thursday.

VIENNA (Sputnik) — The OSCE monitoring mission was deployed to the region to observe the implementation of peace agreements by Kiev and pro-independence militias of Donbass, hammered out in the Belarusian capital Minsk and mediated by Russia, France and Germany in September 2014 and February 2015.

“In government-controlled areas to the north-north-west of Donetsk city, the SMM noted a significant Ukrainian Armed Forces presence, and lines of defensive trenches being developed and strengthened.”

The February Minsk ceasefire deal stipulated the creation of a buffer zone and the pullback of heavy artillery from the line of contact.

On June 12, the head of Kiev’s special operations in eastern Ukraine, Andriy Lysenko, said Ukraine strictly adheres to the Minsk agreements regarding the withdrawal of heavy weapons and over 100-mm caliber artillery systems from the line of contact.