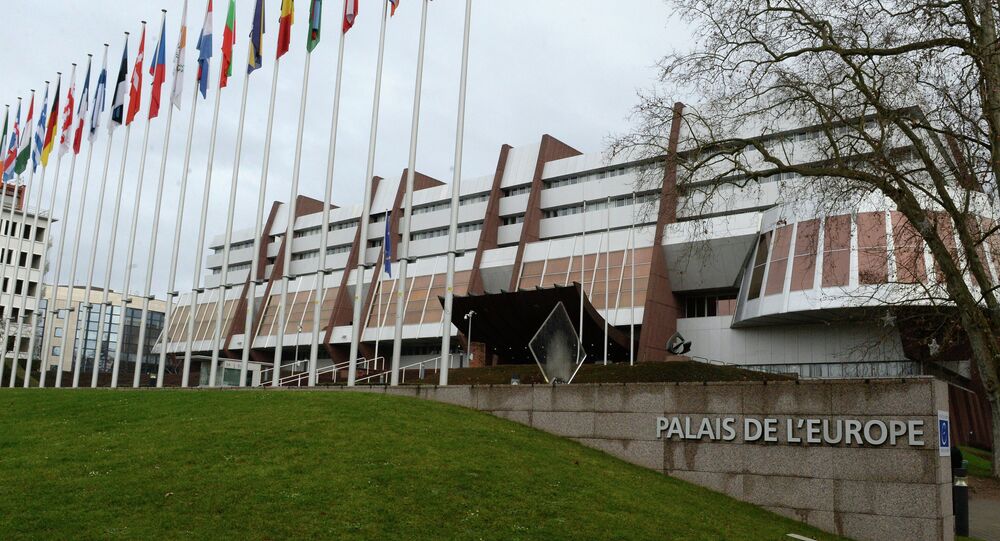 The deputy head of Azerbaijan President Ilham Aliyev's administration said that recent actions and positions made by the Council of Europe may make the country leave the organization.

The Azerbaijani President's foreign relations chief Novruz Mammadov condemned the Council of Europe's position on the country's democratic institutions and the Nagorno-Karabakh issue.

"Along with some bodies of the European Union, PACE also demonstrates that international law is of no significance, the principle of “we want everything our way” prevails," Mammadov tweeted.

© AP Photo / Evgeniy Maloletka
German Lawmaker Urges PACE to Be Neutral on Missing Persons in Ukraine
Mammadov added that the "position displayed by the Council of Europe questions Azerbaijan's future membership in this organization."

Such a position displayed by the Council of Europe questions #Azerbaijan’s future membership in this organization. @coe @Europarl_EN

The Council of Europe is the only body in which officials from both EU member states and other European countries meet. PACE is the organization's interparliamentary council which meets four times a year to make non-binding resolutions. Its decisions are seen in the media of countries such as  Azerbaijan as indicators of European countries' political positions.