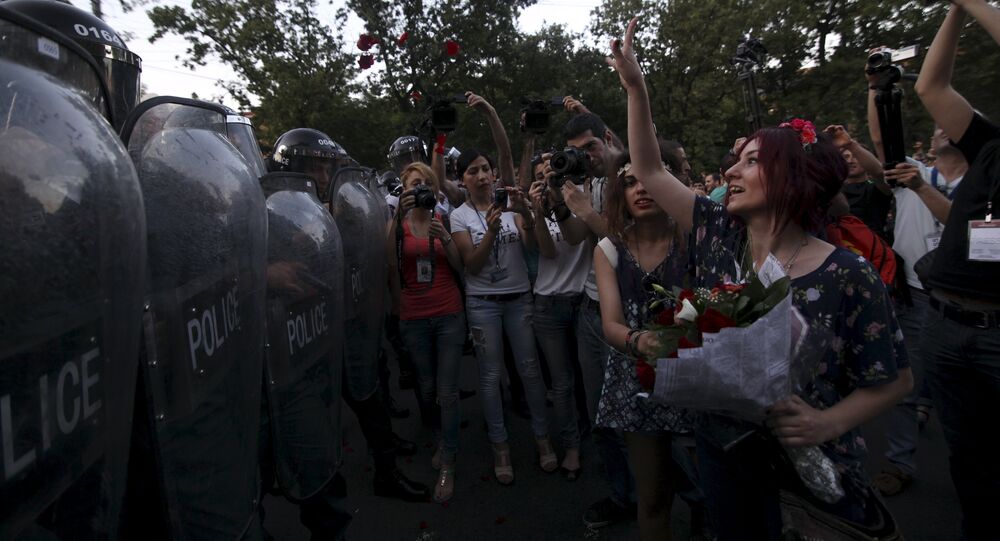 According to local media reports, participants in the ongoing protests in the Armenian capital of Yerevan rejected the prime minister’s request to clear one of the city's central avenues.

"Hovik Abrahamyan’s statements mean absolutely nothing to us," a member of the movement "No to Robbery" told the Armenian radio station Azatutyun.

Meanwhile, police told journalists that the rally was illegal but peaceful, so law enforcement officials were not going to interrupt it at this stage.

On Friday, mass protests broke out in Yerevan. On Monday and Tuesday, thousands of protesters attempted to march to the presidential residence. Police detained about 240 people and dispersed marchers with water cannons.

Earlier on Thursday, Abrahamyan said that an investigation had been launched into how the crowd dispersal had been handled.