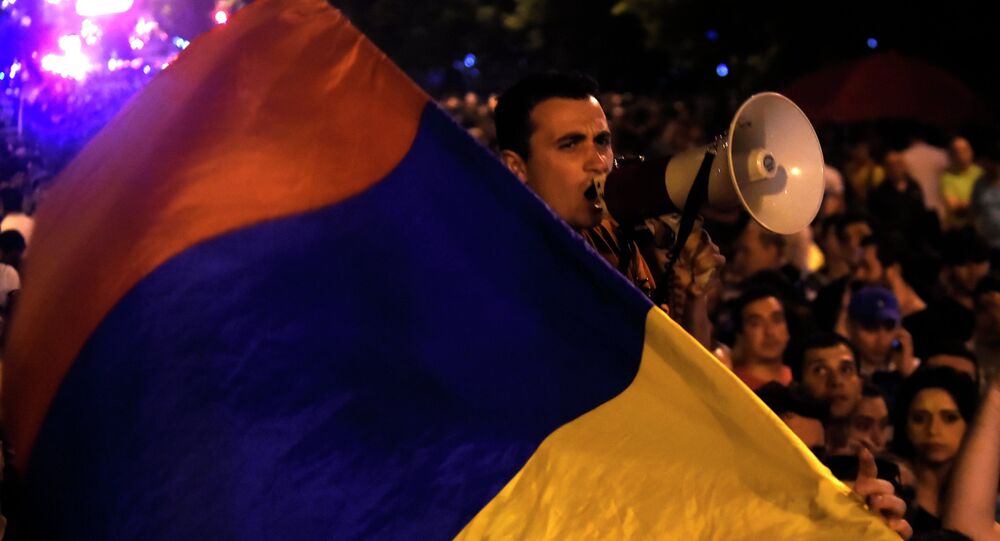 © Sputnik / O. Ivanov
The Interests That Power Armenia's 'Electric' Protests
YEREVAN (Sputnik) – On Tuesday, police used water cannons against a peaceful demonstration, protesting a recent hike in energy tariffs by almost one-fifth, leaving 25 people injured, local media reported. When the protest resumed later in the evening to march towards the president’s residence it was blocked by police.

Local electricity provider, Electric Networks of Armenia, had previously stated that current tariffs needed to be increased by 40.8 percent from August 1, the News Armenia reported on Thursday.

According to the media outlet, Abrahamyan cited the devaluation of the national currency in the past three years as the main reason for the tariffs increases. Protests are continuing in the Armenian capital.