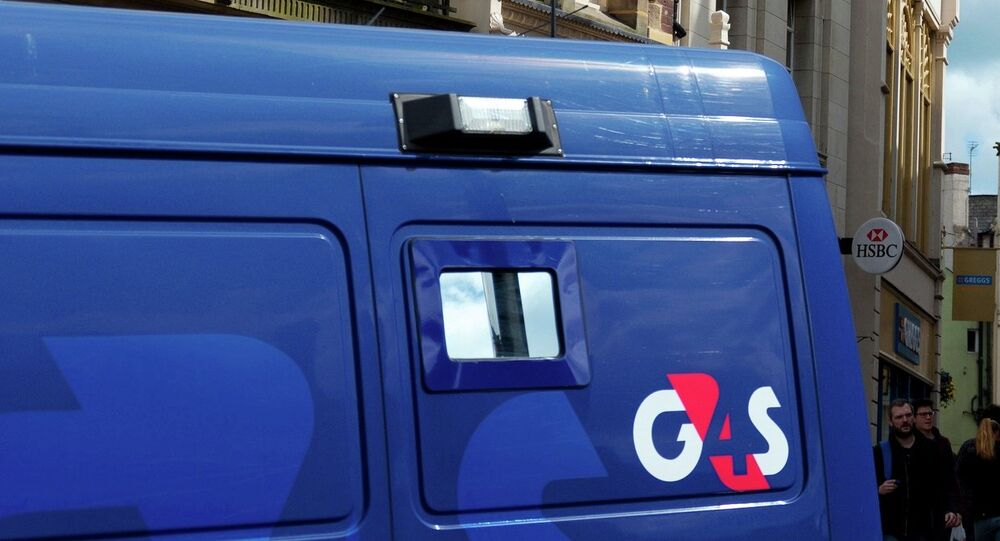 Britain's Ministry of Justice (MoJ) is still paying private security firms millions of pounds each month for surveillance equipment - despite the fact that both companies were barred from running the contract more than a year ago, according to the Center for Crime and Justice Studies.

Security companies G4S and Serco are being investigated by the Serious Fraud Office over allegations that they overcharged the government for years on contracts to deliver electronic tags for offenders living back in the community. Both companies had their contract cancelled in late 2013 and repaid the British government $282 million (£180 million).

G4S and Serco are still being paid millions by MoJ for electronic tagging equipment years after overcharging scandal http://t.co/9fL3sLa5p0

Richard Garside, Director of the Center for Crime and Justice Studies told Sputnik:

"It's an odd world where two companies under criminal investigation are charged with monitoring criminals in the community."

But despite being banned from delivering the surveillance equipment 18 months ago, the Ministry of Justice continues to pay them millions of pounds a month to supply electronic tags. According to research by the Center for Crime and Justice Studies, G4S was paid $13.6 million (£8.7 million) between March 2014 and February 2015. Serco was paid almost $7 million (£4.5 million) for the equipment over the same period.

"The Ministry is continuing to pay G4S and Serco for the supply of electronic tagging equipment, months after the contracts should have been terminated, because the timetable for the next generation of satellite tagging technology has slipped and slipped," Richard Garside said.

The 'tag' is capable of tracking the wearer's location and can be used alongside imposed curfews as a bail condition for offenders ordered to stay at home between certain times. Tags rely on radio frequency technology or GPS technology and are enforced on more than 100,000 offenders each year.

Tags used by the Ministry of Justice are supplied by two private security firms, G4S and Serco. Both companies have faced criminal investigations by the Serious Fraud Office over allegations of overcharging. G4S and Capita were forced to pay back $282 million (£180 million).

In April 2014, Capita, a massive outsourcing company, took over the contract on an interim basis. In July 2014, Capita was one of four companies that were awarded a $416 million (£265 million) six year contract to supply satellite tracking tags — an upgrade on the tags supplied by G4S and Serco.

This new satellite tagging system was due to come into use at the end of 2014, when the old one, supplied by G4S and Serco, would be phased out. However, Capita has experienced severe delays in the development of these new tags which means the government contracts with G4S and Serco have continually been extended.

An analysis of the MoJ dates, by the Center for Crime and Justice Studies, suggests that both companies were given a 15-month extension earlier this year to continue to supply electronic tagging equipment, possibly, until 2016.

"G4S and Serco are dominant players and account for the majority of the criminal justice contract expenditure — despite the controversy they have caused," Richard Garside told Sputnik.

"In the financial world, the banks are said to be too big to fail. In this instance, G4S and Serco have become too big to jail."

"The Ministry [MoJ] needs to clarify, as soon as possible, when payments to G4S and Serco will end".

Matt Ford, Research and Policy Assistant at the Center for Crime and Justice Studies added:

"The amount of public money that has continued to be paid to these two companies for services that they have found to be managing at best incompetently, and at worst, fraudulently, raises yet more serious questions about the nature of markets in public services and what happens when they go wrong."

A Ministry of Justice spokesperson said: "The Center for Crime and Justice Studies' interpretation of our data was incorrect.

"G4S and Serco no longer deliver electronic monitoring services. We have always been clear Capita would continue to use the G4S and Serco equipment until new tags were developed.

"The bulk of the reported spend was for 2013 and early 2014, when G4S and Serco still ran the tagging contract. The remaining spend relates to the purchase and lease of tags to the new provider, which is a necessary interim arrangement until new tags are ready."