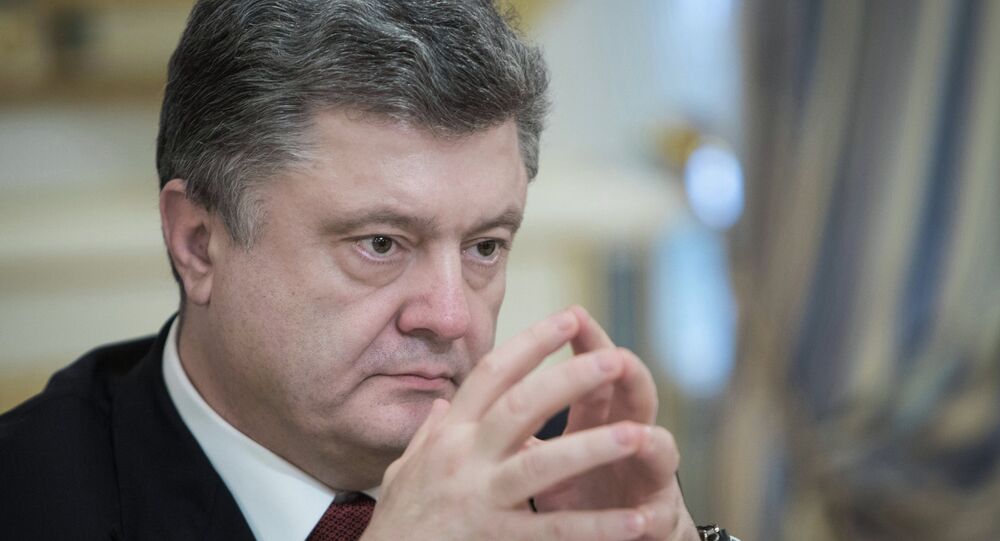 When in Doubt, Take on Debt: Poroshenko to Sign Off on $2Bln EU Loan

Poroshenko will have to approve the legislation today, according to the Ukrainian Parliament.

© Sputnik / Alexandr Demyanchuk
Goldman Sachs Predicts Solvency Crisis, Default in Ukraine as Soon as July
MOSCOW (Sputnik) — Draft legislation on the ratification of a memorandum between Ukraine and the European Union, which would see Kiev receive 1.8 billion euro ($2 billion) in loans from Brussels, was submitted for the Ukrainian president's approval Thursday, the Ukrainian Parliament confirmed on its website.

"The law has been sent for the president’s signature," a statement on the parliament, known as the Verkhovna Rada, website reads.

Late in May, during the Eastern Partnership Summit in Riga, the European Union and Ukraine signed a memorandum of understanding and loan agreement for the third EU Macro-Financial Assistance (MFA) program for Ukraine.

The memorandum stipulates that the European Union will provide Ukraine with up to 1.8 billion euro in three equal tranches of 600 million euro. The program is expected to be implemented in 2015 and early 2016, according to the European Commission.

The conflict between Kiev forces and independence supporters in the country's southeast that erupted in mid-April last year has left Ukraine on the brink of a default. Ukraine's total debt is currently estimated at about $50 billion, of which $30 billion is external debt.