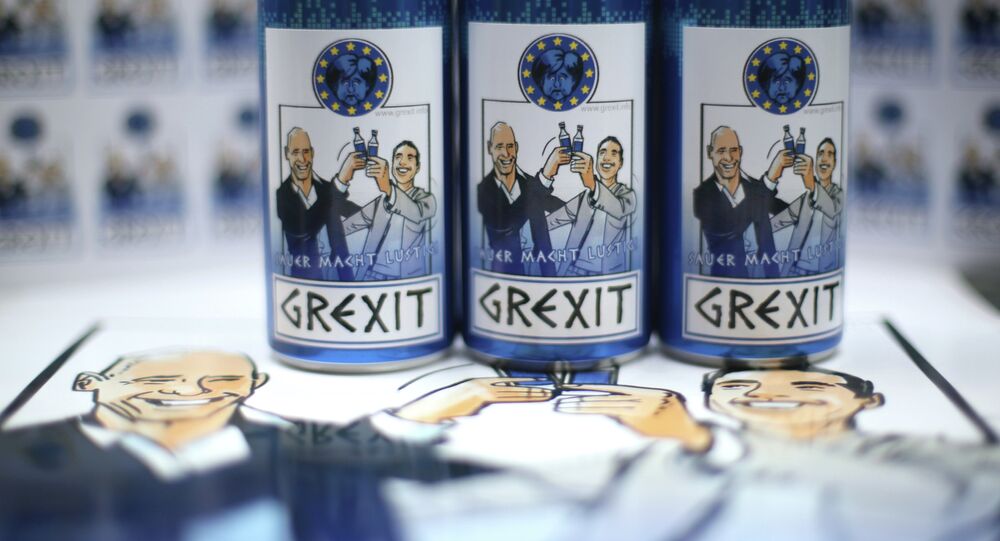 The deadline to avoid default and a Grexit from the Eurozone is fast approaching - but the proposals offered by Greek Prime Minister Alexis Tsipras in return for a bailout have been pushed back by the creditors.

New terms for Tsipras have been handed down by the Troika — Greece's creditors.

"There is still a lot of work to do, we are not there yet," Dutch Finance Minister Jeroen Dijsselbloem told reporters in Brussels.

But as the Greek PM met with the heads of the country's three creditor institutions: the European Commission President Jean-Claude Juncker, International Monetary Fund Managing Director Christine Lagarde, European Central Bank President Mario Draghi, he took to Twitter to respond to the rejection.

This odd stance seems to indicate that either there is no interest in an agreement or that special interests are being backed. #Greece (2/2)

According to the Greek press, the IMF has rejected some of the measures to increase social security contributions, calling for more spending cuts than tax increases.

The top level talks with the Troika in Brussels were also attended by European Commissioner for Budget and Human Resources, Kristalina Georgieva, who said: "Work continues at the highest level so that there can be a substantial contribution to Eurogroup discussions."

Marine Le Pen, a front runner in France's 2017 presidential election says a Grexit is inevitable — and hoped France wouldn't be far behind.

© AP Photo / Virginia Mayo
"I'll be Madame Frexit if the European Union doesn't give us back our monetary, legislative, territorial and budget sovereignty."

Le Pen is calling for an orderly breakup up of the 15 year old monetary union.

In an interview at her National Front party headquarters in Nanterre near Paris, she said:

Can the Cracks Be Fixed?

According to Paavo Matti Vayrynen, member of Finland's Centre Party, if Greece leaves the Eurozone, "Finland should do the same."

"The transition to the single currency was a bad mistake."

In a statement on his official website, Vayrynen suggests that a Greek exit from the Eurozone would be an opportunity for Finland to 'Fixit' and potentially leave the EU common currency.

Britain's Prime Minister David Cameron has promised an In/Out referendum by the end of 2017 on whether the UK remains one of the 28 members of the European Union — paving the way for a possible Brexit.

So, while the cracks within Europe get wider — the deadline for Greece to avoid default gets closer.

And with the news that the IMF rejected Tsipras' proposals, hopes of reaching a deal with the Troika, to prevent the country defaulting on its 1.6 billion euro debt, get darker.