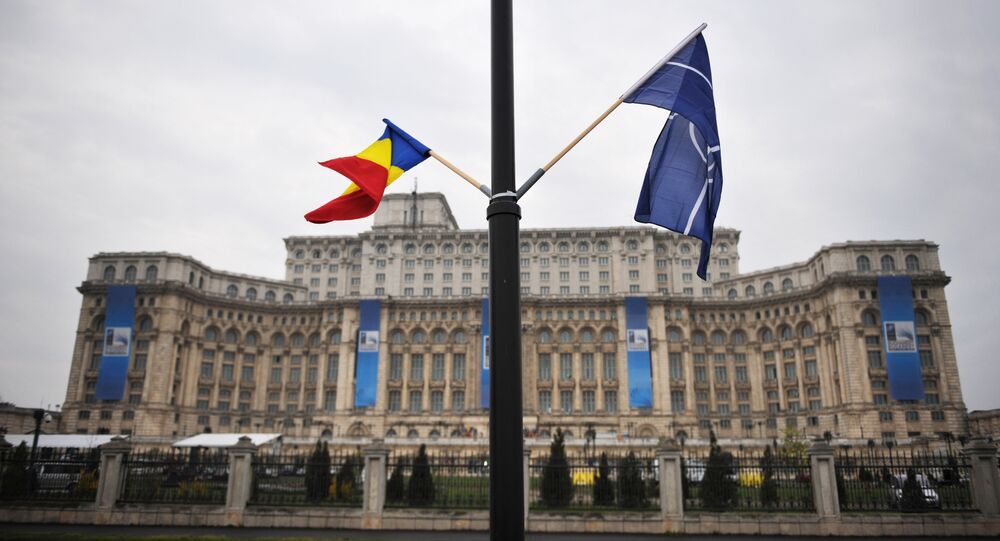 The Romanian parliament has unanimously approved the construction of two NATO facilities in the capital Bucharest; they will be built within the framework of the alliance's new defense strategy in Eastern Europe.

© Flickr / Ana
Romania on Track to Join Euro in 2019 - PM
Two NATO facilities will be constructed in the Romanian capital Bucharest in a move that was unanimously approved by the country's parliament. Their construction is part of NATO's new defense strategy in Eastern Europe, sources said.

Romanian MPs voted 283-0 to support the construction, which comes "within the context of the Ukraine crisis" and "the aggressive actions of Russia in the region," according to Romanian President Klaus Iohannis, as cited by the Associated Press.

The facilities include a NATO Force Integration Unit and its Multinational Division South-East Headquarters, which will coordinate the alliance's military command in Romania and neighboring Bulgaria. The headquarters is expected to open in 2016 and will become fully operational by 2018.

© CC0 / US Army Europe Images / Raising of the NATO flag
NATO's Eastern Expansion Root Cause of Current Crisis – German Lawmaker
Iohannis said that the construction of the NATO centers is in line with Romania's National Defense Strategy, which was unveiled by the Romanian President earlier this week.

For his part, US Defense Secretary Ashton Carter confirmed that NATO plans to build similar integration centers in Poland, Bulgaria and the Baltic states, such as Estonia, Latvia and Lithuania, where Ashton said heavy military equipment will be deployed in the near future.